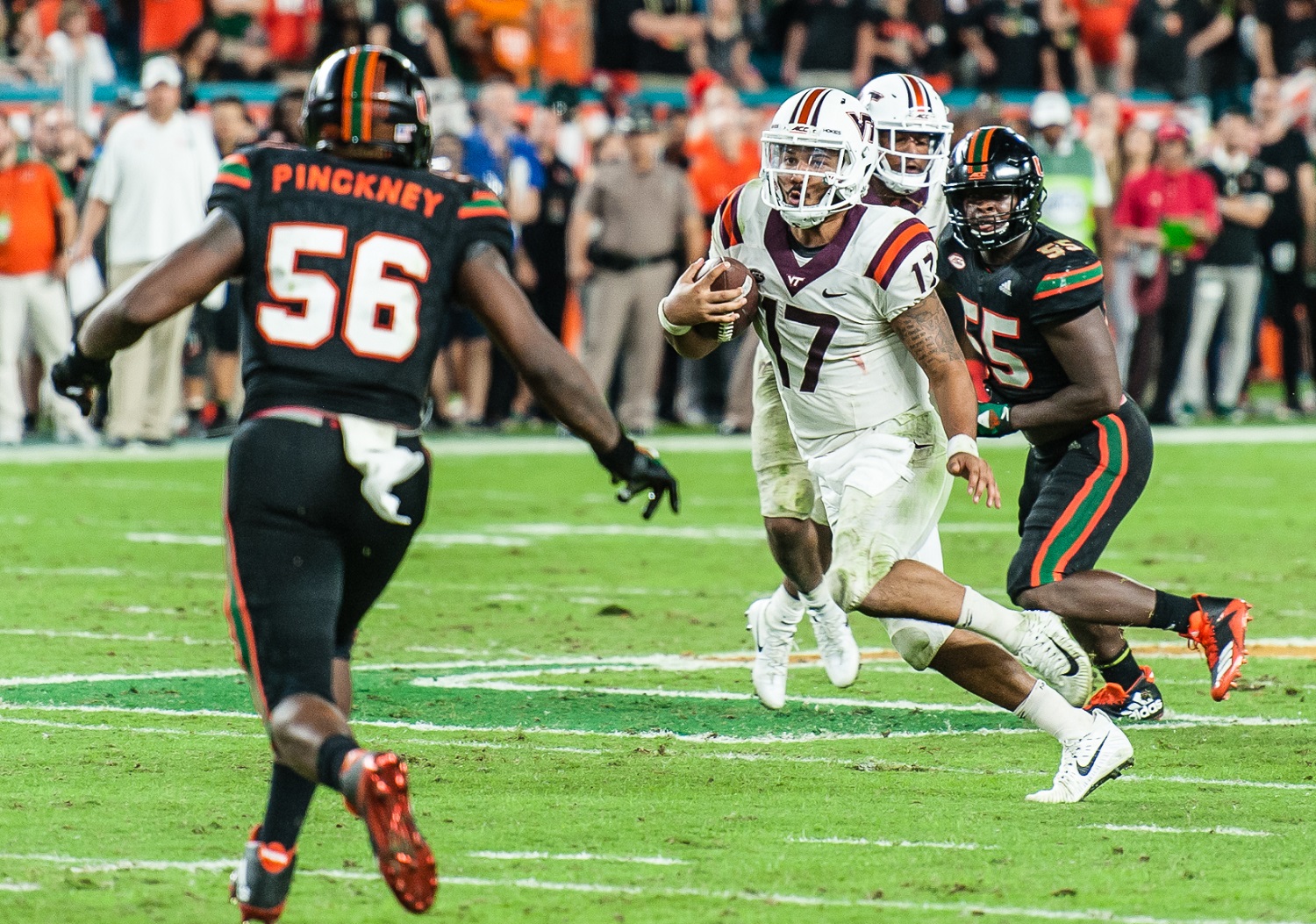 Under this current set of coaches, Miami has two calling cards: Mark Richt is a guru on shallow crossing routes, and Manny Diaz is a maestro with the zone blitz. As it turns out, Tech covered the few crossing routes well and Diaz didn’t send many complicated fire zones. Instead, the game plan was designed to attack weaknesses in the Hokies’ scheme and personnel that have been attempted by other teams. The difference was that, unlike UNC the past few years (which has been snake-bit by this approach), the Hurricanes made their plays work.

And boy, did they work, because when paired with Tech’s miscues, I was reminded of Bristol last year, as well as other games.

The offense came out with some looks and play calls we haven’t seen much/any of this year. For the most part the tweaks I saw worked, and Tech kept a few drives going long enough for the branching play structure to become evident. The problem again was largely issues with fundamentals popping up.

Speedbumps and Missing on the Move