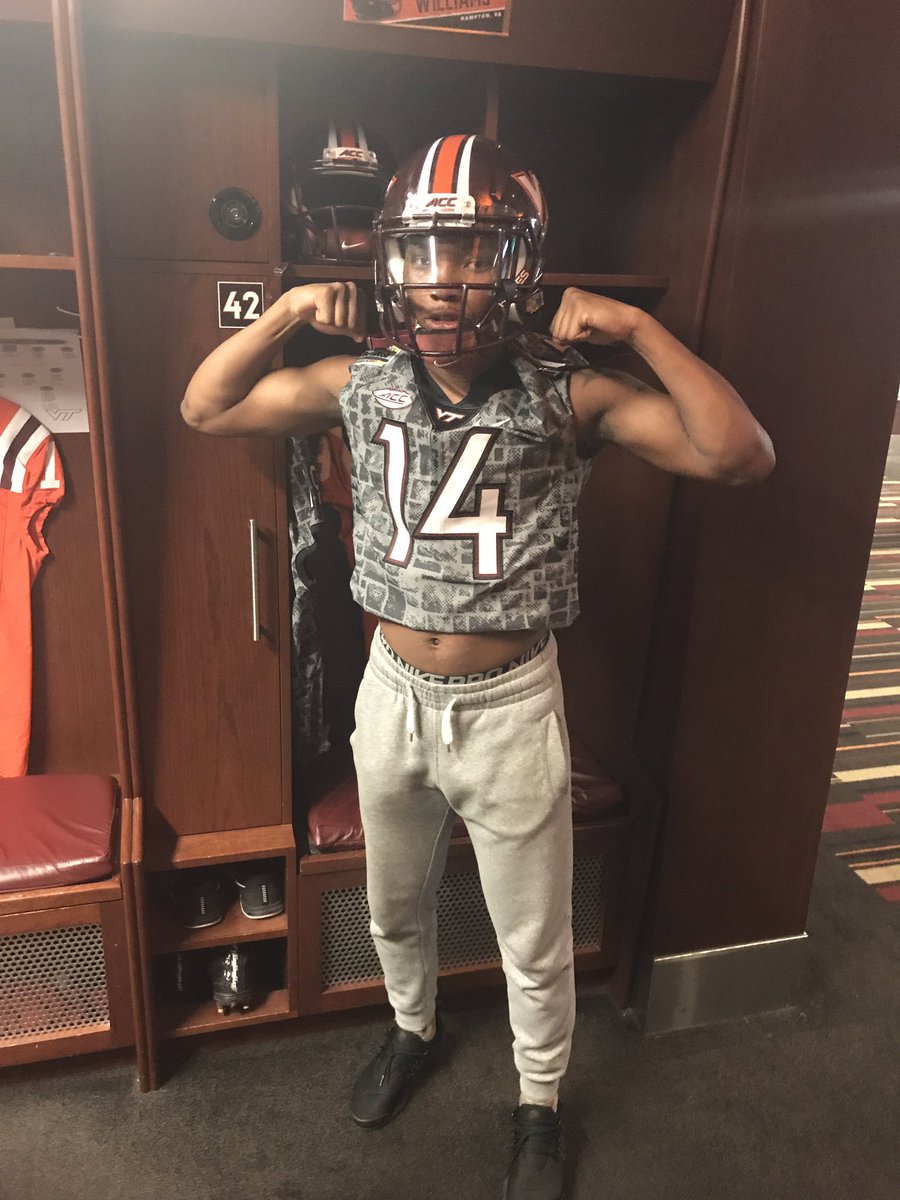 Virginia Tech’s Spring Game in April had marked the last time Bishop Sullivan (Va.) 2020 athlete Nehki Meredith had been to Blacksburg. Saturday, he was back, for the Hokies’ win over Old Dominion.

Unlike his previous visit, this time, Meredith had an offer from Virginia Tech. The trip gave him a different perspective, but unsure about all his options, he said no advancements will be made in his recruitment for at least a few months.

“They’re like a whole new team,” Meredith said of the Hokies after his visit this weekend. “They look good and they’re winning now. I loved the pre-game. It’s just a lot of fun and the fanbase is cool. They got the new team room and it looks sweet. We got there kind of late, just for the warm-ups, and I got to see Cam Phillips. That’s my favorite player, even though I haven’t played a lot of offense this year. On defense, I like the Edmunds brothers, they’re playing good.”

Meredith said he knows a handful of players currently at Virginia Tech. He got to spend a little time with some of them, catching up.

“After the game, we got to see some of the 757 guys, like Phil Patterson, Devon Hunter and Trevon Hill,” Meredith said. “I knew (Hill) since I was little. We saw them afterward. We stayed for maybe an hour and just chilled. We were just talking to Zohn (Burden) and about how we lost, what happened. He was asking about how we’re doing and stuff.”

This weekend, Meredith said he also spoke with Burden, his primary recruiter.

“He doesn’t really get much into conversations, but this time, I talked to him on the phone before the visit,” Meredith said. “He was asking