Run/Pass Options are pretty simple. Just mash a running play and a passing play together that both target a single defender. The running back and o-line execute the run play, while the receivers go out for passes. When the designated defender chooses to attack either the run look or the pass look, the QB selects the other. They’re staples of the Hokie offense, and one in particular is a nasty bit of work that’s had many Tech fans cheering.

Tech doesn’t release the names of their plays (trust me, I’ve asked), so I’ll call it the “QB Power-Pop.” It combines the QB power-style run with a pop pass to the running back, and if it’s used at the right time in a game, it’s going to make one unlucky linebacker look really bad. 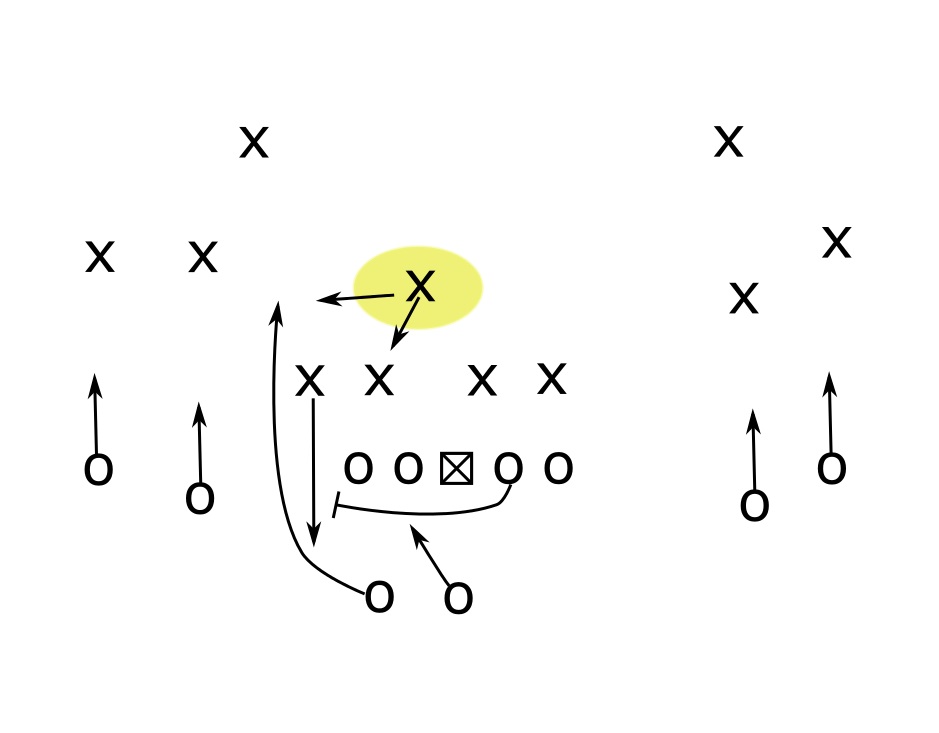 First, let’s look at the plays it combines. QB Power is a running play where the line blocks a power scheme, which is where a guard pulls and leads the runner through an interior gap or to an open edge. The basic