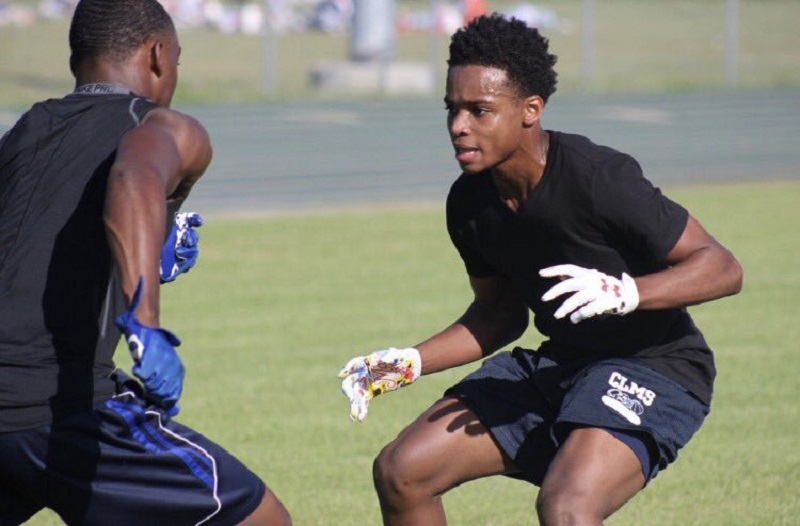 Not many recruits have the advantage of seeing colleges in middle school. There was a stealth element to it, since some coaching staffs didn’t even realize at that time that Bishop Sullivan (Va.) 2020 cornerback Keontae Jenkins even played football.

Jenkins remembers how he tagged along on the recruiting visits of his older brother, former 2016 five-star cornerback Levonta Taylor, who is now at Florida State. Jenkins took in how Taylor was treated, how coaches approached them and how they even talked to him at that point.

That knowledge has proved handy for Jenkins, who is now a recruit himself. Jenkins has four offers, from Virginia Tech, Florida State, Maryland and Florida Atlantic. He’s seen a few schools first-hand already, but still early in the process, Jenkins said he’s still sifting through possibilities.

“I’m looking at, can I be at that school without football, quality of life-wise,” he said. “I want to see if the coach is about family, not just football, and if he’ll help me to do stuff besides football.”

Jenkins said he remembers seeing some of those qualities on one particular visit with Taylor.

“I liked Penn State when I was younger, like sixth or seventh grade,” Jenkins said. “It was a lot of life on the campus. It wasn’t dead. People were all happy and the football players were really cool. They weren’t cocky, they were talking to me. The head coach didn’t know I played football and he was talking to me like I was a regular person.”

Jenkins said he also sees plenty of good qualities in Virginia Tech, despite not visiting since the Blacksburg Bash last year. Jenkins had to cancel plans to visit for the Hokies’ bash this past weekend.

“It was my first offer and they’ve got Bud Foster, he’s a defensive mind,”