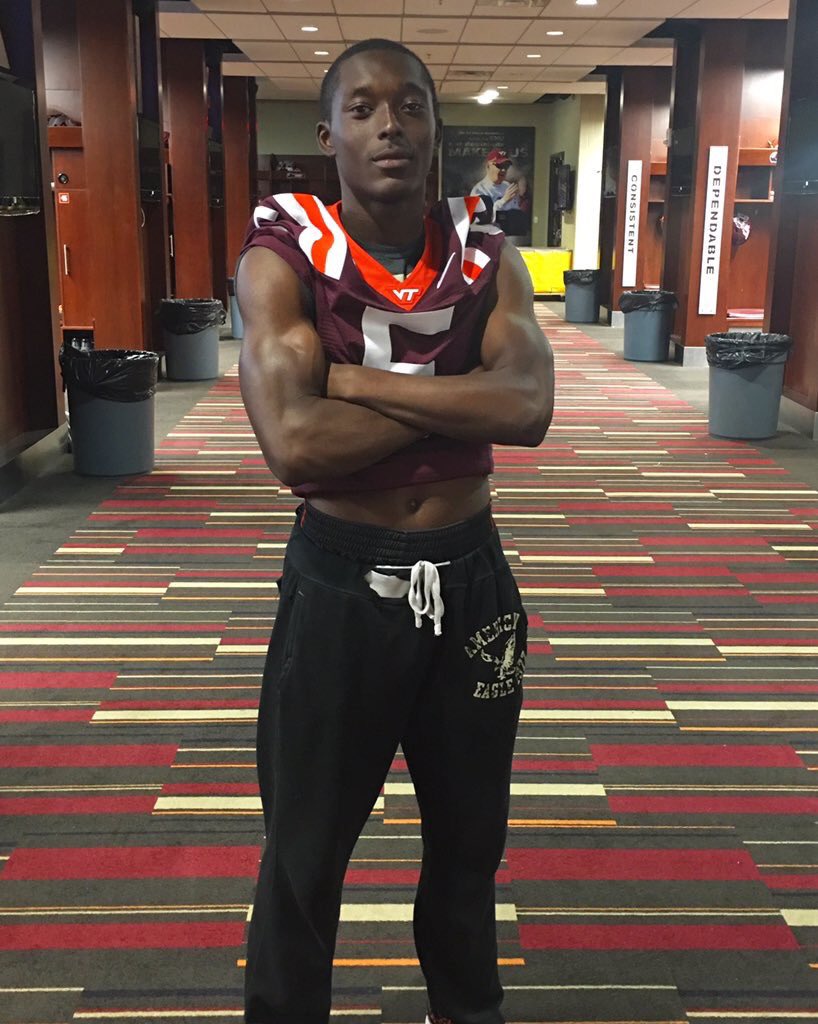 Virginia Tech pulled in a commitment late Friday night from Virginia Beach athlete Armani Chatman.  I’ve generally got a pretty good idea of what’s going on with Tech recruiting, but that one came out of left field for me.  Considering the Hokies already had five commitments from defensive backs and two from wide receivers, I didn’t think there would be room in the boat for Chatman.

Apparently I was wrong.  From what I can put together, Chatman attended a Tech camp recently and impressed the coaches.  I’m guessing this was Tech’s camp at Hampton University, because I didn’t see him at either of the two camps I attended in Blacksburg.  The coaching staff liked what they saw, and they decided to make room for him.

I’m glad they did.  Chatman isn’t a “can’t miss” type of prospect, but he’s a solid player.  I believe he’s an important recruit in this class for a couple of reasons.

Chatman is a versatile recruit who can be slotted at several positions, depending on what happens with the rest of the 2018 class.  Offensively, I think he could play inside or outside receiver, and I could potentially see him at any position in the secondary with the exception of Rover.  It’s always valuable to have a recruit or two like Chatman in a class.  Nadir Thompson is another one.  He could play cornerback or slot receiver in college.

Right now, I don’t view Chatman as a perfect fit for any position.  I love the way he fights through coverage and catches the