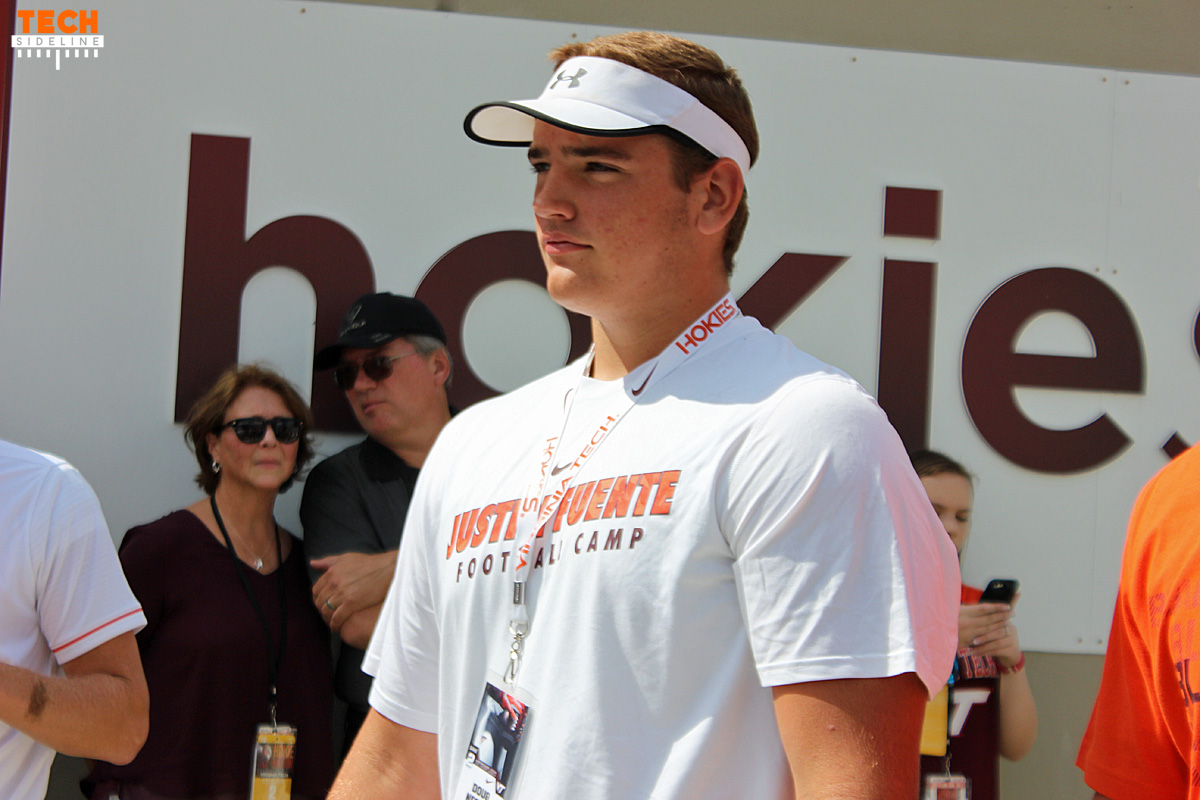 There was no reason for Spring Valley (WV) 2019 four-star offensive lineman Doug Nester to make a top list this early. He still has two years of high school remaining.

On Monday, however, Nester made a move that he hopes will ease his recruitment a bit. He’s accumulated more than a dozen offers. Now, he’s down to five, as he announced a top list of Virginia Tech, Ohio State, Florida, West Virginia and Alabama.

Nester now plans to take his time in deciding which of his five finalists he will ultimately select.

“Nothing’s really changed as I’ve gone along,” Nester said. “It’s just where I feel the best and where I’ll fit in. It’s about where I like the coaches, the players and the people they’re recruiting. I felt like it was really the top five schools. It was time to go ahead and start focusing on those schools. I’ve been to all five and seen them.”

Nester last visited the Hokies in April for their spring game. Virginia Tech continues to sit in a strong position following that trip.

“I just really love the coaches, Coach (Vance) Vice and Coach (Justin) Fuente,” Nester said. “Just the coaches I’ll get to work with, it’s a nice environment. And it’s a top engineering school in the country, so it just fits in well.”

Nester has been to Blacksburg a handful of times, including in September for the Hokies’ game against Boston College. But he got a better feel for his potential there on his most recent stop.

“The recent trip, I got to talk to Coach Vice more,” Nester said. “I saw how I’d fit in with the offensive line more, so that was good. They’ve given me plenty of tours around campus.”

Vice has played a big role in Nester’s