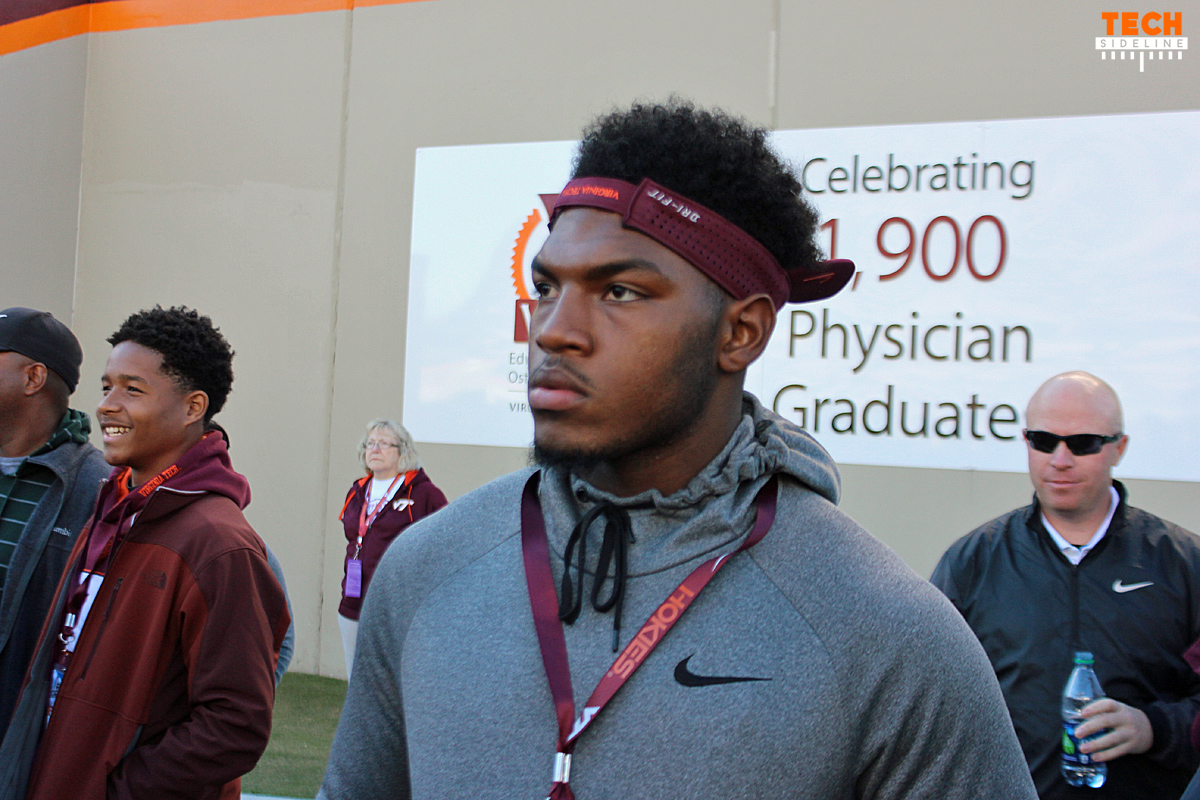 The decision came on Saturday and an offer just came last month. But for South Pointe (SC) three-star defensive end Eli Adams, his commitment to Virginia Tech was much longer in the making.

Adams gave the Hokies his pledge Saturday at Virginia Tech’s elite camp. Now, he’s set to take on what could be a different role at the college level. And it’s one that Adams said he knew he would accept before he arrived in Blacksburg over the weekend.

“I mean, I’ve known for a little while,” he said. “I’d already been to Virginia Tech four times before Saturday and knew what it was about. I just visited NC State the day before and I just wanted to look around and see how I liked it. I woke up that morning knowing I wanted to commit to Virginia Tech because I felt more at home there. Now, I can focus on my school work and just my football season.”

Adams said his decision came down to the Hokies and Wolfpack. But defensive coordinator Bud Foster also played a significant role.

“It’s the relationship and just a lot of things, really,” Adams said. “I love Coach Foster and the school itself. I just fell in love with the place. They’d been recruiting me way before they offered me.”

In his four visits to Virginia Tech, which included its game in November against Georgia Tech, Adams said Foster talked about the role Adams could have. It’s one that’s a bit different from what he’s used to.

“Coach Foster told me, when I get up there, I can play linebacker or D-end,” Adams said. “I can do a little bit of both. It doesn’t matter to me where. The whole time in high school, I grew up playing defensive end, so I’m more comfortable there. But I do want to play linebacker in college.”