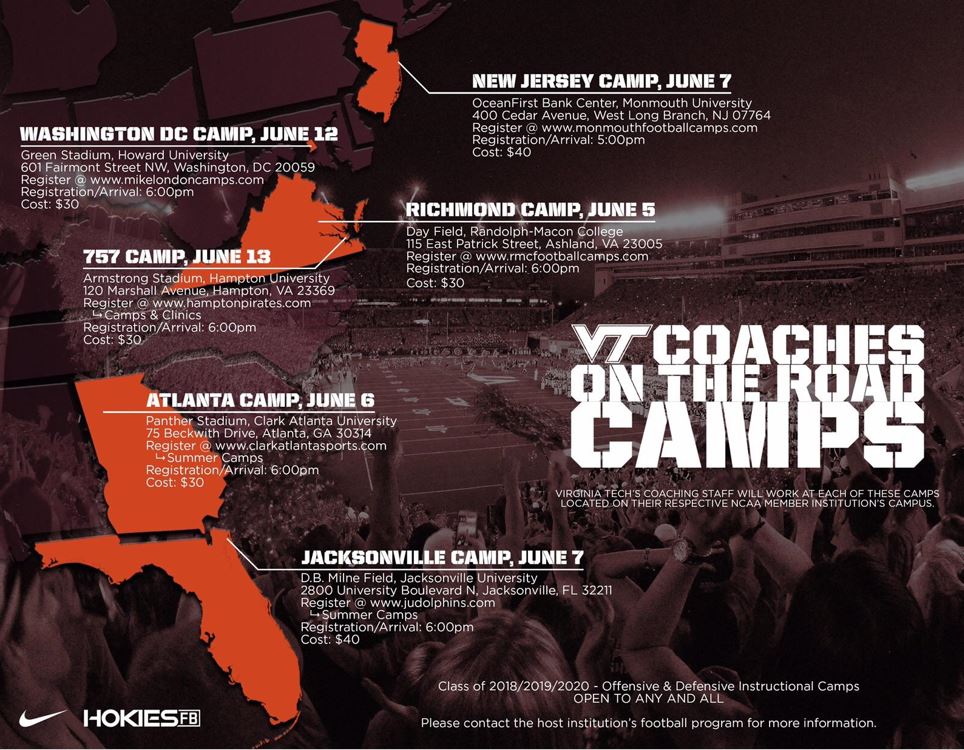 Sponsored by Drive for 25, the Hokie Club’s initiative to increase membership in the Hokie Club to 25,000 members in order to provide student-athletes with scholarships for a Virginia Tech education, as well as the resources necessary to compete athletically at the highest levels. Click here to learn more and to donate.

Tomorrow is June 1, which means the summer camp circuit is about to start.  Not only will the Hokies be hosting a few camps in Blacksburg, but the staff will also hit the road and take part at some camps hosted by other schools.

Virginia Tech held four satellite camps last summer.  Two were held in Virginia, specifically in the 757 and Northern Virginia.  One was held in New Jersey, and the other was held in Atlanta.  This year, the coaching staff is taking part in six off-campus camps.

Because of new NCAA rules, Tech can’t host those satellite camps anymore.  However, the coaches can attend a camp that is hosted by a local school.  Here’s a list of the places the Hokies will be