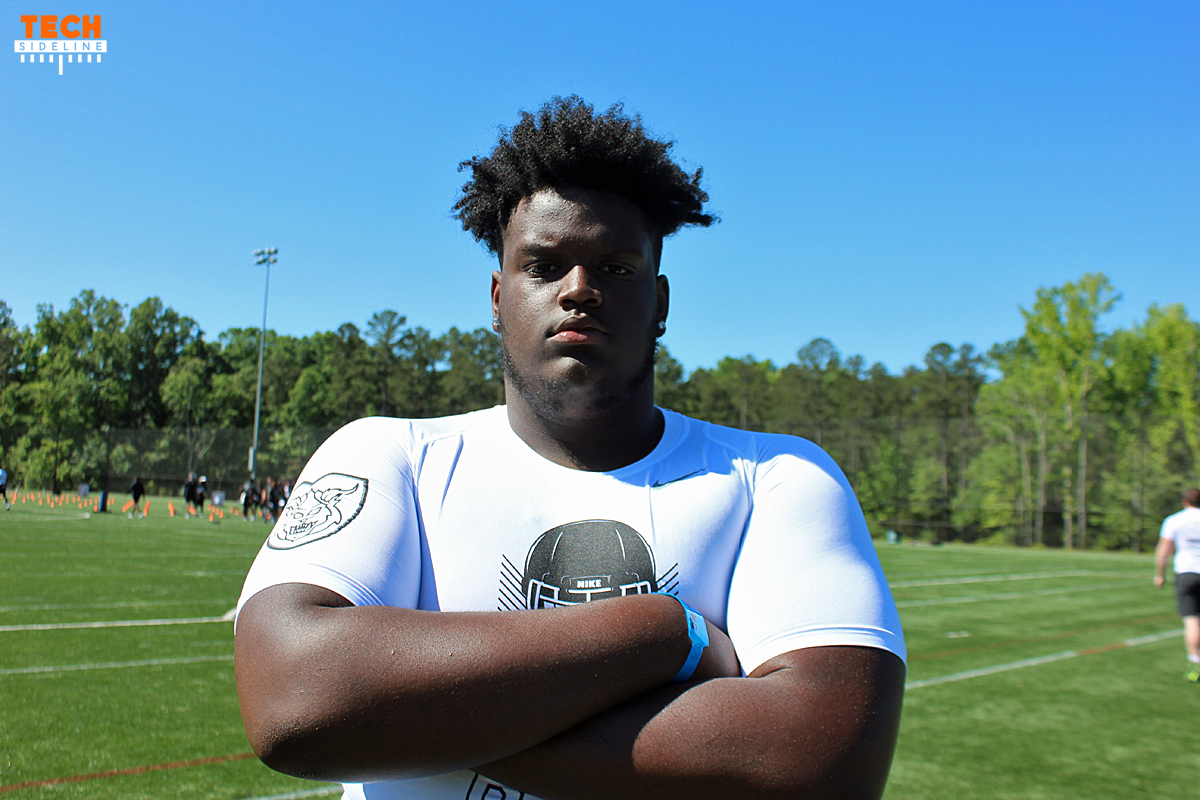 Barlow, at 6’4” and 300 pounds, is tough to miss, as he showed on May 7 at the Charlotte stop of Nike’s The Opening Regionals. He already has three offers, from Virginia Tech, Auburn and Charlotte. But it’s far too early for Barlow to put too much stock in his recruitment.

He’s taken a handful of visits and more will be coming. But Barlow is also simply getting a feel for all of his options and potential options.

“The first thing I look for is a great academic program, because you always have to have that backup plan if football doesn’t work out,” he said. “Then, I’m looking for coaches who play younger guys, get the freshmen out there for some playing time. And then, I wanna feel like I’m at home when I go there. You wanna have that good campus life.”

To this point, Barlow has not visited Blacksburg. The Hokies gave him his first offer, last summer.

“From the players at my school that were committed there at one time, they said they really treat you like family,” Barlow said. “I haven’t talked to anyone from there recently, though.”

Barlow said he talked about Virginia Tech quite a bit with former commitment Tahj Capehart, before Capehart’s flip to Maryland in February. But Barlow said he also likes the early faith assistant coach