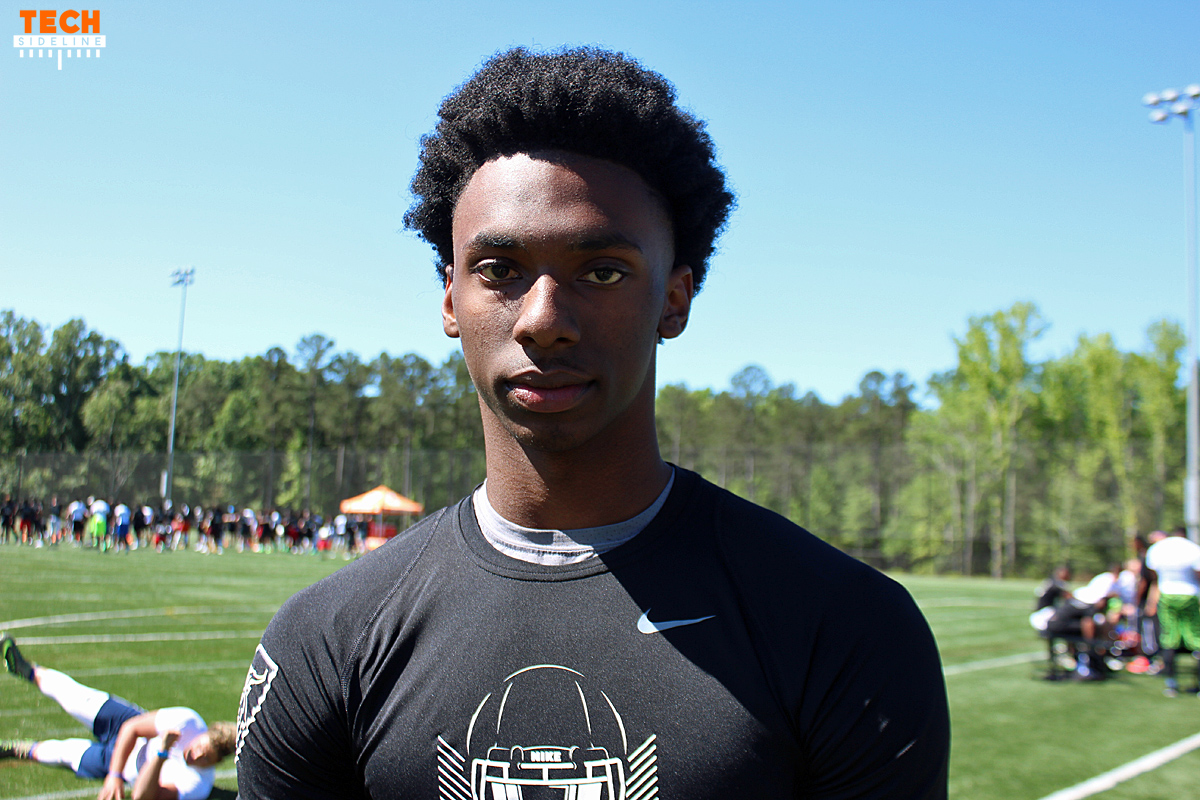 MATTHEWS, NC – Of the handful of visits Southern Lee (NC) four-star safety Nate Thompson took this spring, two schools in particular had aspects that stood out.

On May 7 at the Charlotte stop of Nike’s The Opening Regionals, Thompson (6-3, 180) said he’s now up to 10 offers. This spring he saw Duke, Virginia Tech, South Carolina, Wake Forest, North Carolina and NC State.

Of that group, however, it’s the first two that appear to have caught his attention the most. More visits are coming, and over the next few months Thompson said he hopes to be close to a decision, and he perhaps might even make a decision during that time.

“They all tried to make me feel like I’m at home and commit to them,” he said. “Then, I got to know the players. Probably, the indoor facilities and weight rooms, that really caught my eye with some schools. Right now, I know Duke is getting a new one and it’s going to be nice.”

Thompson, Rivals.com’s No. 21 safety and No. 14 player in North Carolina, had to cancel his trip for the Hokies’ spring game last month due to a change in plans. He did visit earlier in the year, though, as well as a game last fall.

“I love it at Virginia Tech and it’s always fun,” Thompson said. “It’s a great experience when I go down there, just the atmosphere. I learned how they function and how they go through the day.”

“He’s a great guy and just funny,” Thompson said. “We text almost every other day, and I just love talking to him. Really, we don’t even talk about