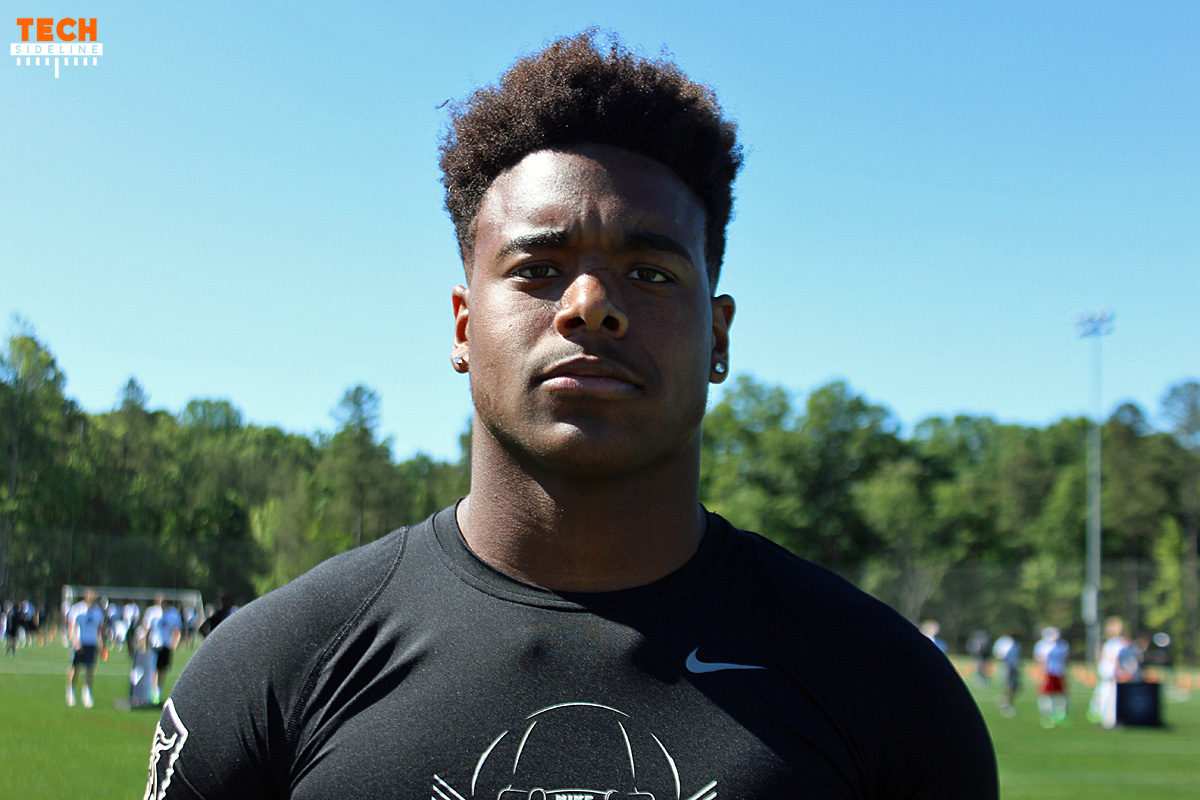 MATTHEWS, NC — The pull nearby is still there. But Fairmont (WV) four-star defensive end Dante Stills has felt the pull from a host of others.

Stills’ brother, Darius Stills, is headed to West Virginia, about 15 minutes from their house, this fall. Their father, Gary Stills, played for the Mountaineers in the mid-90s and is third on the school’s career sacks list.

Dante Stills reiterated May 7 at the Charlotte stop of Nike’s The Opening Regionals what he’s long said. West Virginia will be hard to beat. Virginia Tech and a handful of other schools, though, have forced him to stay open in his recruitment.

“I’ve gotta look five or six years past college,” the youngest Stills said. “My main focus is trying to make it to the NFL. They’re all great coaches, but I’ve gotta choose the best school that’s gonna put me in that situation, where I can go first or second round and I can spend four years of my life at that college.”

Stills, No. 189 in the Rivals250, now sits at 21 offers, with the most recent ones in from Michigan State, Tennessee, Miami, Florida and Florida Atlantic. He didn’t make any visits this spring, but last month he released a top six that consisted of the Hokies, as well as West Virginia, Oklahoma, Penn State, North Carolina and Louisville. Stills said that top list has changed somewhat, but for now, he’s not ready to make that part of his recruitment public.

“I’m gonna sit down with my mom and family and look at distance, stuff like that,” he said. “It’ll come down to distance and if I can spend four years of my life at that place. It’s changed a little.”

The most recent college trip Stills made was in January for Virginia Tech’s junior day. And the Hokies still sit in a good spot