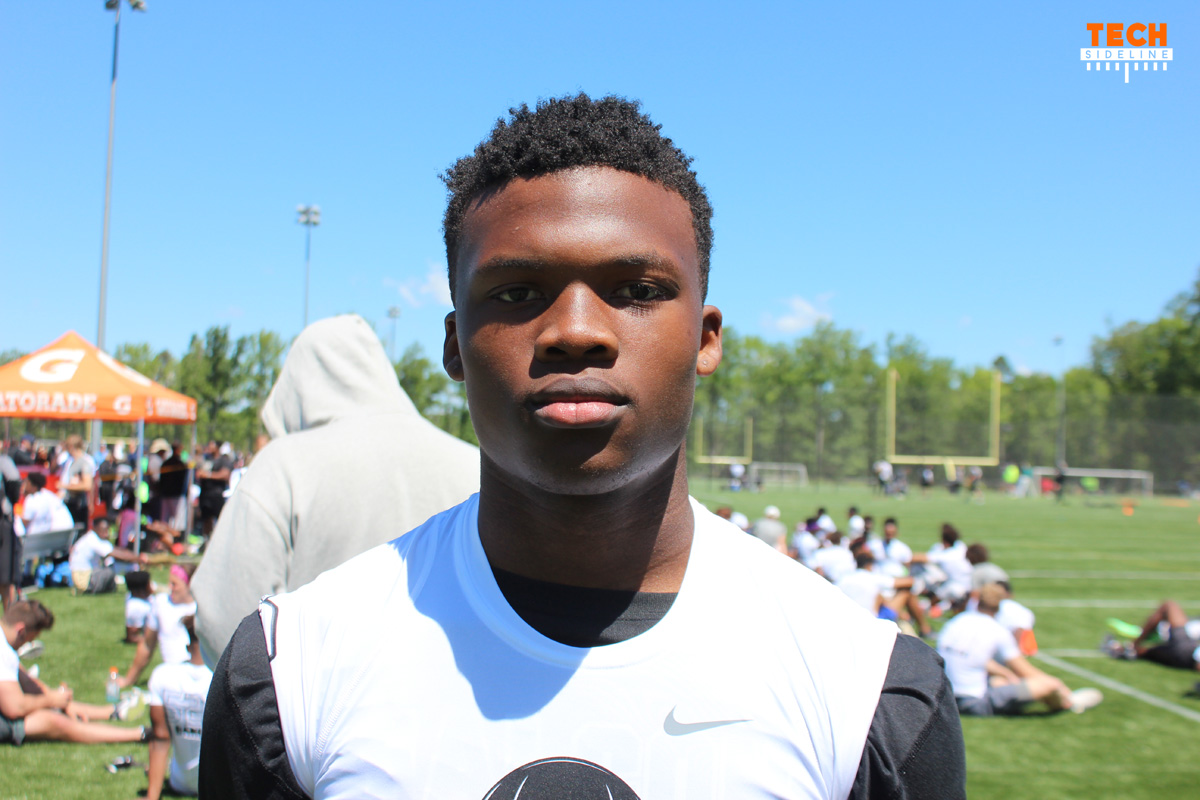 MATTHEWS, N.C. – It’s approaching 10 months since Ben Lippen (SC) three-star wide receiver Bryce Thompson made a commitment. At Virginia Tech’s Blacksburg Bash in July, Thompson announced he was on board.

That decision still stands. But as Thompson explained yesterday at the Charlotte stop of Nike’s The Opening Regionals, he’s not exactly done with his recruitment.

A few other schools have still been in contact, including one just minutes away from his home. And for now, he plans on at least hearing out those schools that show interest.

“As of right now, I’m still pretty committed,” Thompson said. “I’m still a junior, so I have a long season, a whole senior year and a lot can change.”

Thompson, Rivals.com’s No. 98 wide receiver and No. 10 player in South Carolina, committed in part because of his relationship with former Hokie long snapper Wright Bynum. But Bynum left the team this spring. That, along with a few other factors Thompson didn’t divulge, led him to briefly reconsider his pledge.

A big reason Thompson said he’s stayed on board with Virginia Tech is his bond with special teams coordinator James Shibest. They’ve stayed in touch on a regular basis.

“We have a really