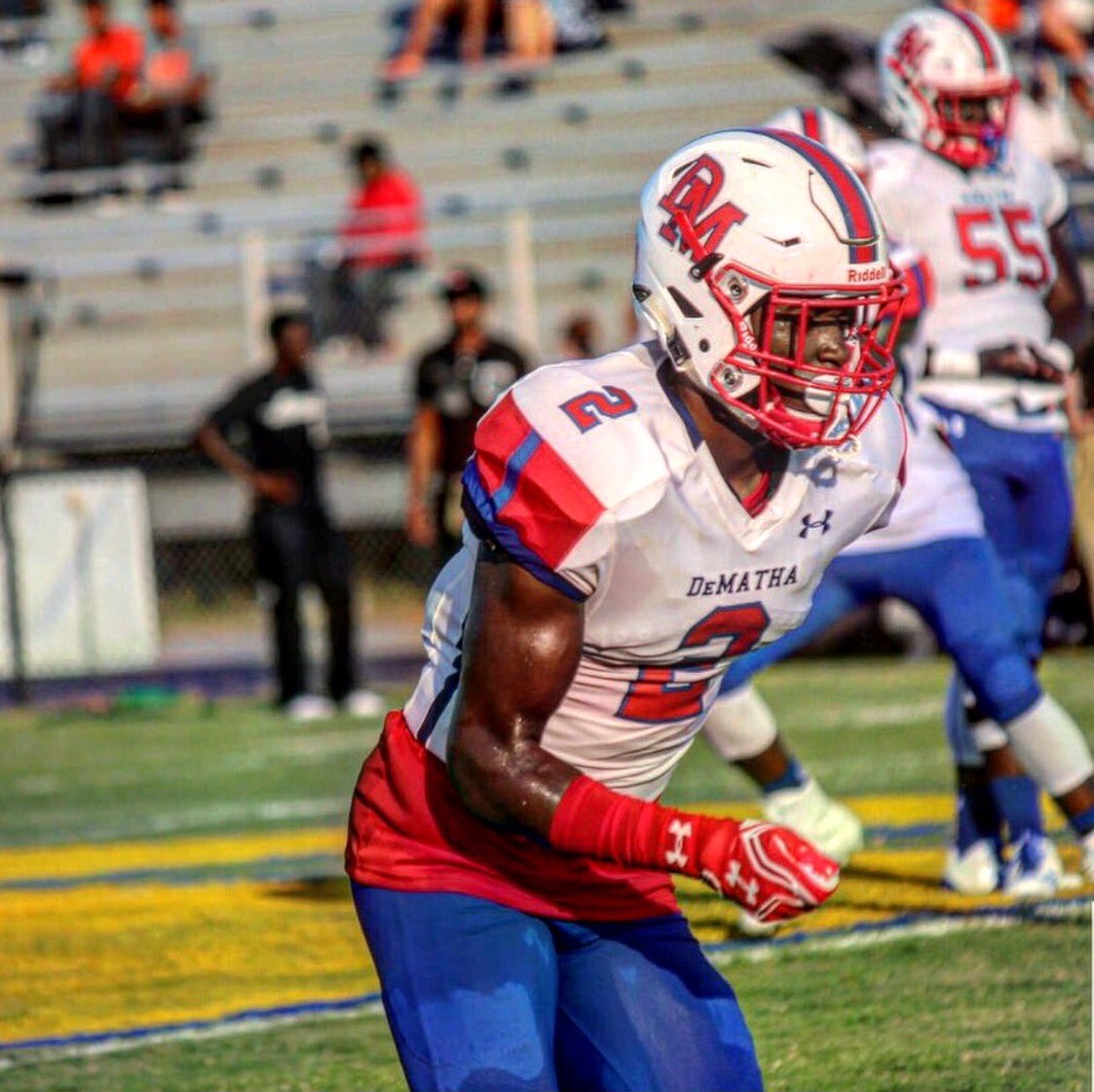 CLIFTON, Va. — Recruits can often rush to make a decision early in their recruitment. One recruit who won’t make that mistake is 2019 wide receiver Demarcco Hellams.

The 6-foot-1, 190-pound DeMatha High School product has acquired 14 scholarship offers to this point, and more could be coming for the 4-star prospect. Because of that, Hellams is doing his best to take things slow and enjoy the recruiting process while attending recruiting camps like Nike’s The Opening regional outside of Washington D.C. on April 23.

This spring, Hellams took visits to Big Ten powerhouses Michigan and Penn State, and said that both visits went well. At Michigan, he and the coaches talked about how he fits with their offensive system.

“I watched film with Coach (Don) Brown and Coach Pep (Hamilton),” Hellams said. “Coach Pep and I really broke down film. I watched how their players interact with each other and how the coaches interact with the players.”

Regarding Penn State, Hellams appreciates the coaches’ genuine attitude towards the players and says that it’s helped them on the recruiting trail.

“What I think gets people to Penn State is the connections, the environment,” Hellams said. “The coaches show players respect, they don’t treat them like slaves or anything. They really show their players that they care about them as players, not