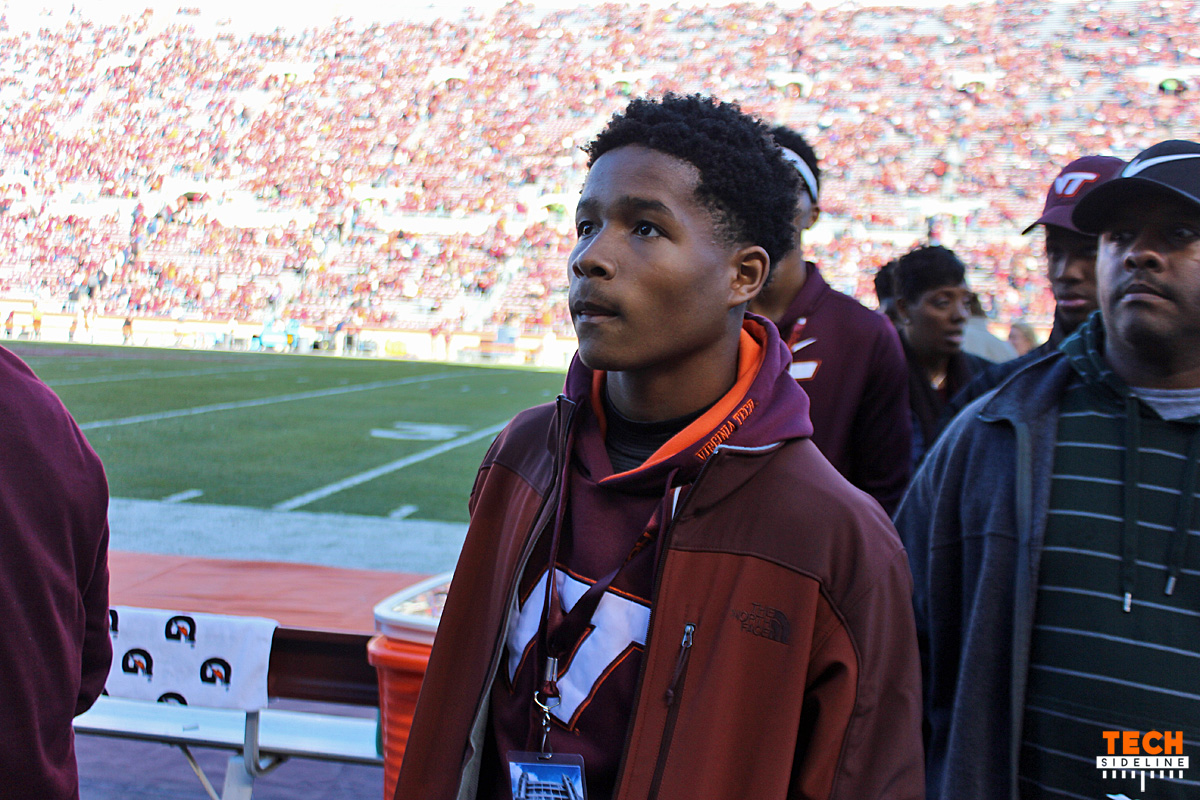 CLIFTON, Va. – On April 23 at the Washington, DC stop of Nike’s The Opening Regionals, Thomas Dale (Va.) running back Chris Tyree showed that on the field he’s got plenty of speed. Tyree was the second-fastest player at the camp, with a 4.48-second 40-yard dash.

His recruitment, however, is in no rush.

Tyree now sits at nine offers, as Florida State and West Virginia joined over the past few weeks. This spring, Tyree got a look at a few of his options, with visits to Virginia Tech, Duke, Wake Forest, North Carolina and Maryland. For now, though, it’s just a matter of preliminary observations.

“It’s always the same when you go on most of these visits,” Tyree said. “They really can’t do anything with me yet because I’m so early in the process. But it’s definitely been really nice at those schools.”

Tyree visited Virginia Tech in late March for a spring practice. It marked his second visit of the year, following a junior day.

“I went down just to see how the tempo of the practices are and what the team is like,” Tyree said. “Also, for how the coaches coach their players. I really like it down there. I like the kind of intensity they have in their practice.”

Assistant coaches Zohn Burden and Galen Scott have been Tyree’s primary recruiters. Tyree said he’s stayed in touch with both.

“They’re real cool and I like both of them,” Tyree said. “They’re really great guys. They’ve really just been