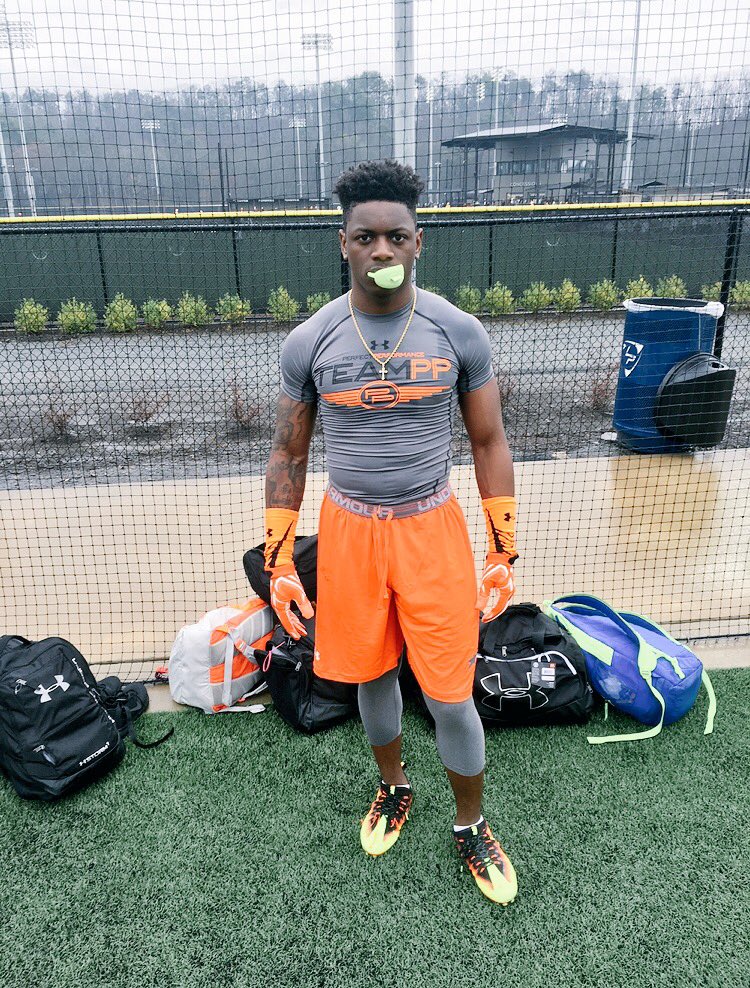 CLIFTON, Va. — Mychale Salahuddin flew under the radar in the early stages of his recruitment. But now, he’s become a bona fide 4-star recruit with interest pouring in from all over the country.

The 5-foot-11, 190-pound running back from H.D. Woodson in Washington D.C. is ranked as the 10th-best back in the Class of 2018 and the best recruit out of D.C. in this cycle, according to Rivals. He’s racked up 32 scholarship offers, and a few schools are standing out so far.

When it comes to Maryland, Salahuddin said that the appeal to stay home and play for his “hometown” school is real, and that the DMV-area prospects talk about it.

“I think about the UMD movement a lot man,” Salahuddin said. “Just not even from a football aspect. It’s about the network that you could build from being a UMD student, having been born and raised in the hometown.”

For Oklahoma, their success with running backs recently has made an impression. Both Joe Mixon and Semaje Perine were drafted last weekend and the Sooners have historically been a factory for NFL running backs.

“I have a lot of interest in Oklahoma,” Salahuddin said. “Oklahoma is definitely a potential move.”

Salahuddin also has interest in Virginia Tech, but hasn’t made it for a visit yet. A few teammates from H.D. Woodson visited campus earlier this spring, but Salahuddin didn’t make the trip. Still, Salahuddin says he still keeps Tech in mind.