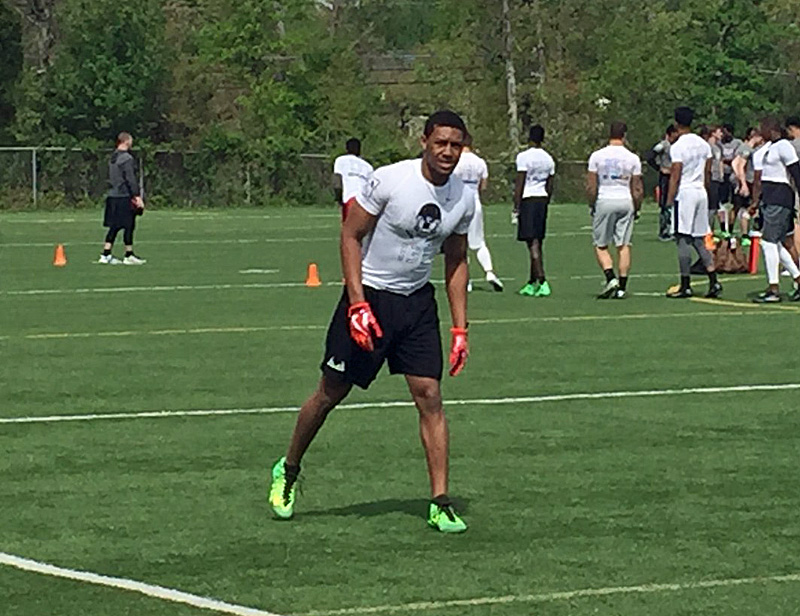 “It’s still the same,” Simmons said. “Whatever new offers I get, if like the school, they’ll definitely be considered.”

Simmons, No. 194 in the Rivals250, visited the Hokies nearly two weeks ago for a spring practice. That remains his most recent journey and it gave him a chance to reconnect with multiple aspects about Virginia Tech.

“I like the coaches, the whole team,” Simmons said. “They’re definitely gonna be able to compete at a high level for the next couple of years. I really like the coaching staff.”

Specifically, assistant coaches Brian Mitchell and Holmon Wiggins have primarily recruited Simmons for the Hokies. But coach Justin Fuente has also stepped in consistently, which has helped Simmons’ stance on Virginia Tech.

“I mean, they’ve filled me in on everything,” Simmons said. “I have a good chance of getting playing time early if I work hard enough. They have confidence in themselves and said they’re gonna be competing for a national championship.”

With the spring season winding down all over the country, Simmons said he has no visits currently set. But he hopes to visit each of his top schools this summer,