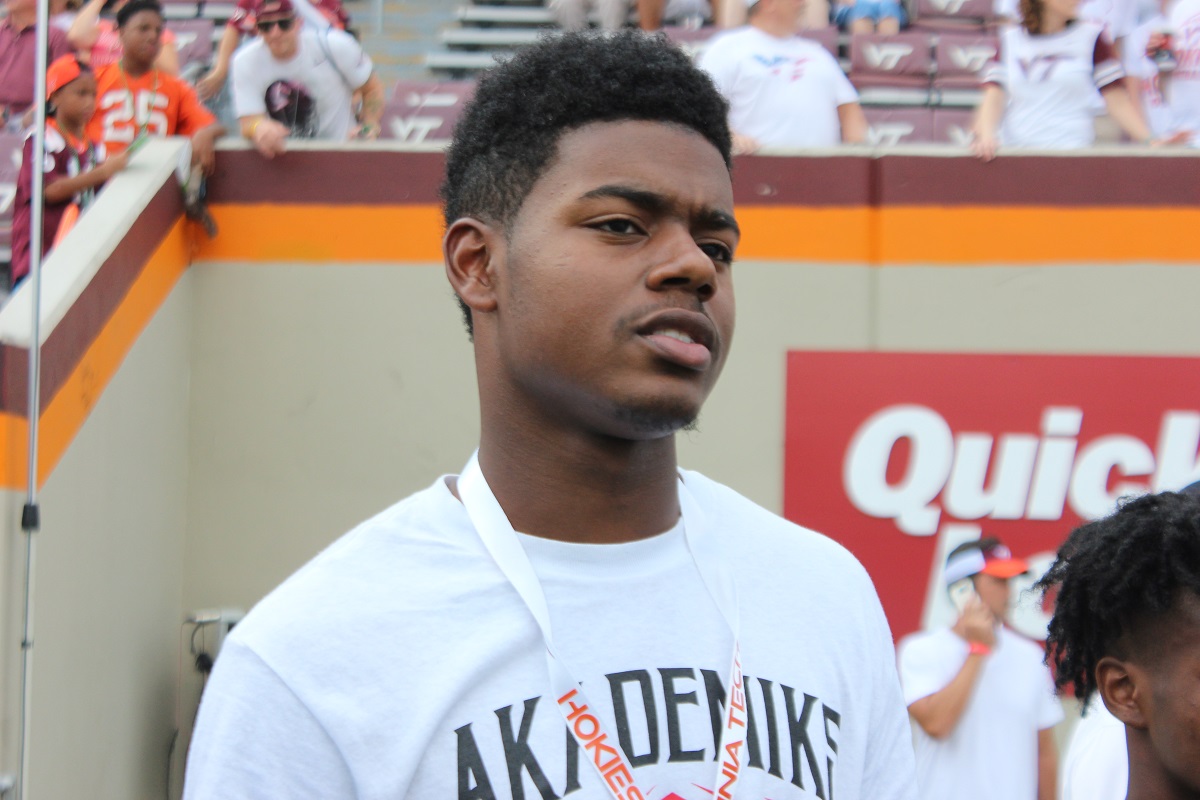 There’s a bar that Page High School (NC) four-star linebacker Alan Tisdale has set with what he wants in his college destination. And after this past weekend, one school now sits in the best position to be that landing spot.

Tisdale now has 11 offers, most recently from West Virginia and Mississippi State. But upon returning this weekend from his third visit to Virginia Tech, it’s the Hokies that could be in the driver’s seat.

“I saw the scrimmage and how Coach (Bud) Foster runs his defense,” Tisdale said. “I could be on the field with him, talking to him. I’ve finally built a good relationship with him. I talked with Coach (Justin) Fuente and we had a one on one conversation on how he wants me, how I’m number one position-wise. I learned the majority of the stuff already, though. Me and Coach Foster talk all the time.”

Tisdale, Rivals.com’s No. 18 outside linebacker and No. 13 player in North Carolina, has held a Hokie offer since last summer. That offer came from assistant coach Charley Wiles, whom Tisdale has grown more fond of.

“For Coach Wiles, he’s just different,” Tisdale said. “The way he recruits me, he always has a conversation and he really wants me there. When it comes to Coach Foster, he always wants to have a conversation, to see how I’m doing. That’s what I really like.”

Overall, Tisdale said Virginia Tech solidified its position after his recent visit, his third to Blacksburg. Tisdale also visited Lane Stadium for the game last fall against Boston College. And he plans to return Saturday for the Hokies’ spring game, his lone planned visit for now.