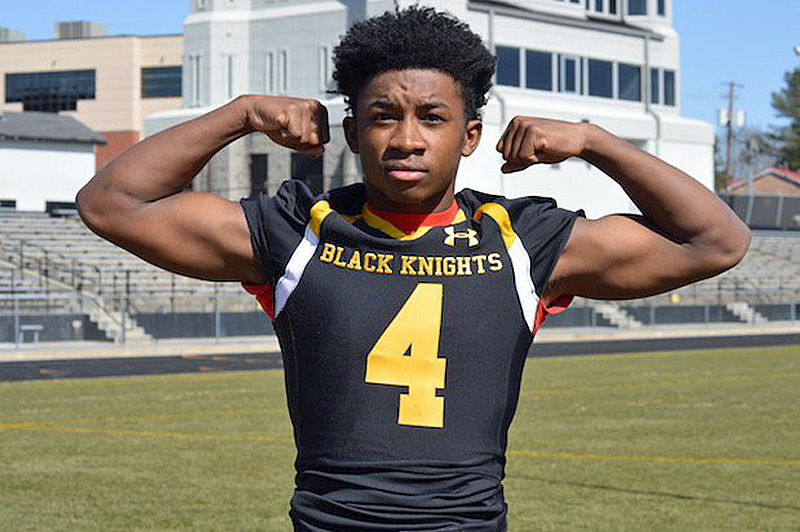 On July 31 of last year, Central Gwinnett (Ga.) three-star cornerback Donte Burton committed to North Carolina. That decision remains intact, but it might not stay that way.

Burton, the No. 75 player in Georgia according to Rivals.com, has seen a number of changes with the Tar Heels over the past few months. And the combination has him rethinking his college landing spot.

Since the first of the year, Burton has received offers from Virginia Tech, West Virginia, Oregon, Purdue and UMASS, to bring his overall total to 21. This past weekend, Burton made his first visit of 2017 and it’s given him further proof that he needs to continue to look at his options.

For now, though, he maintains his commitment to North Carolina.

“I mean, right now, I’m kinda just, I don’t know, I’m exploring my options,” Burton said. “I’m looking at other schools. I’m committed there, but I don’t have my eyes totally shut. I’m still open to other colleges reaching out to me.”

Burton’s feelings have wavered a bit because of a few changes on the Tar Heels’ coaching staff. Defensive coordinator Gene Chizik abruptly resigned from his position, while assistant coach Charlton Warren left in January to join the Tennessee staff.

“It’s a great program and I can see myself out there playing,” Burton said of North Carolina. “But it’s been a lot of coaching changes around there, so that’s really been the main reason. I’ve talked with Coach Joseph, the new DBs coach