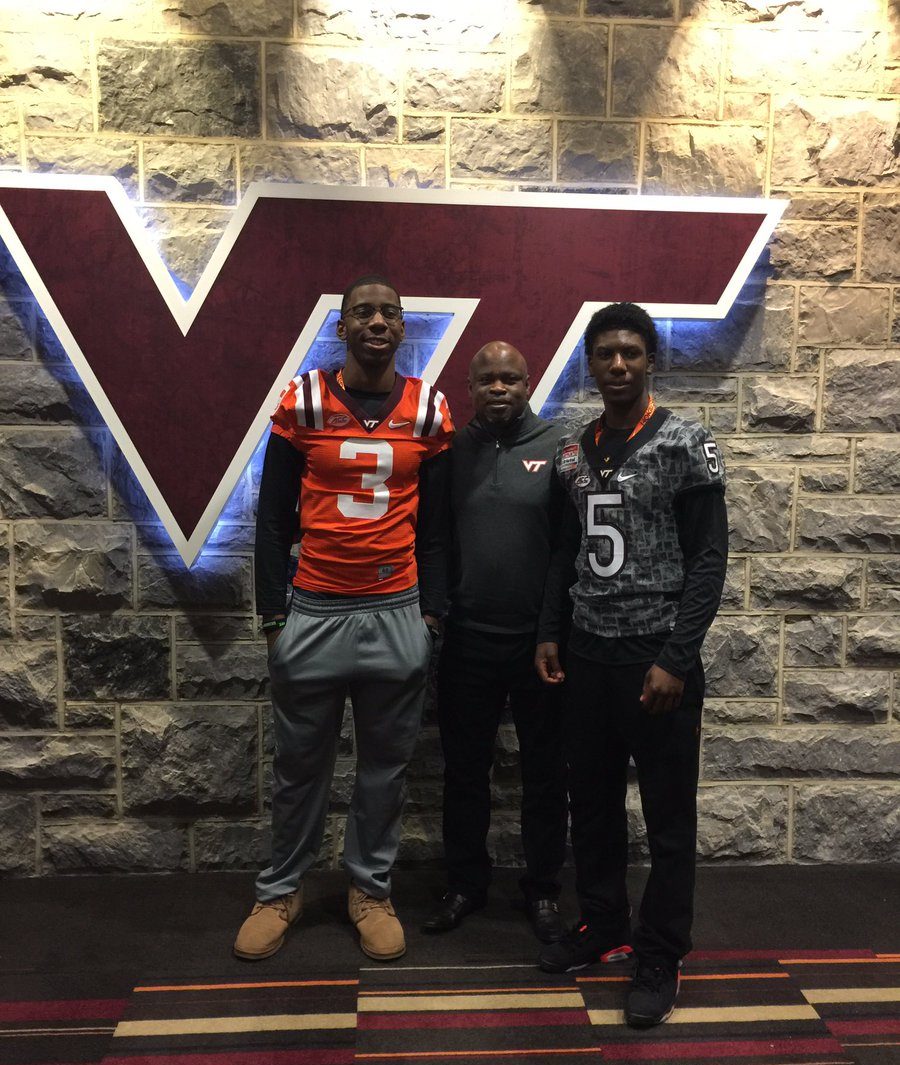 Peoples, who committed to Virginia Tech on Feb. 22, said that he and his two buddies, Pitts and Simmons, enjoyed their trip to Blacksburg.

“Just the team and how hype they were in practice, it was great,” Peoples said. “I definitely think they felt the same way I felt. There was a lot of energy.”

Peoples has been close with Pitts and Simmons for a while now. Peoples and Pitts live close to each other and have been friends since the sixth grade, and are currently teammates at Archbishop Wood High School in Warminster, PA. Both are close to Simmons as well, who is from Philadelphia.

“We’ve played against him a lot,” Peoples said. “It’s kind of a rivalry thing, but we’ve got a close friend kind of thing, too.”

If Virginia Tech is able to land all three, they would get three