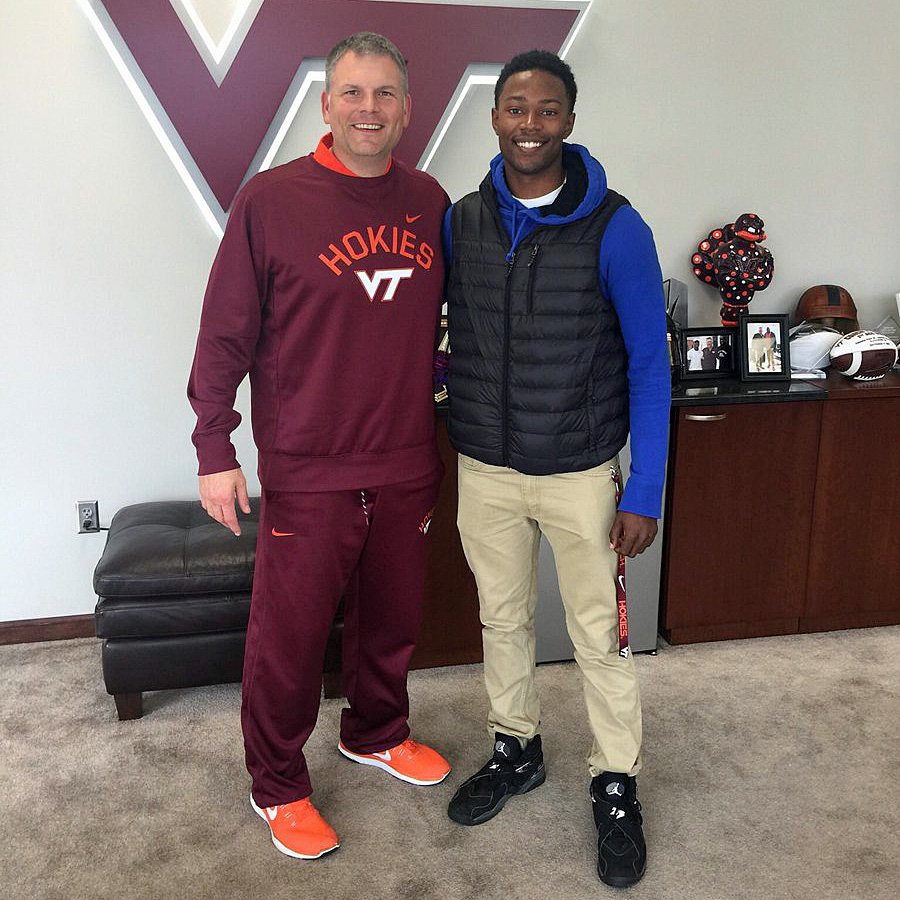 Fork Union postgraduate head coach John Shuman has always been a friend to the Virginia Tech program.  It was on Shuman’s recommendation that the Tech coaching staff evaluated running back Terius Wheatley, and the Hokies eventually decided to offer him based on that evaluation and their need in the backfield.

Wheatley is the son of Michigan great Tyrone Wheatley, who also played in the NFL for many years.  Tyrone  has moved around quite a bit as a coach the last few years.  Since 2009, he’s coached at Eastern Michigan, Syracuse, the Buffalo Bills and the University of Michigan.  That lack of stability is one of the reasons Terius Wheatley flew under the radar.

Another reason was because of his size.  He was listed at 163-pounds as a senior in high school, and that’s not going to get you recruited as a running back unless you have blazing speed.  Nevertheless, Wheatley’s dad topped out around 235 in the NFL, so he’s surely got some growing to do.  In fact, he’s already been doing a lot of it since he graduated high school.

A few things stand out to me…

Frame: Though Wheatley is listed by most sites at 5-foot-11, the official Virginia Tech roster actually lists him at 6-feet.  He looks more 6-feet than 5-foot-11 in his