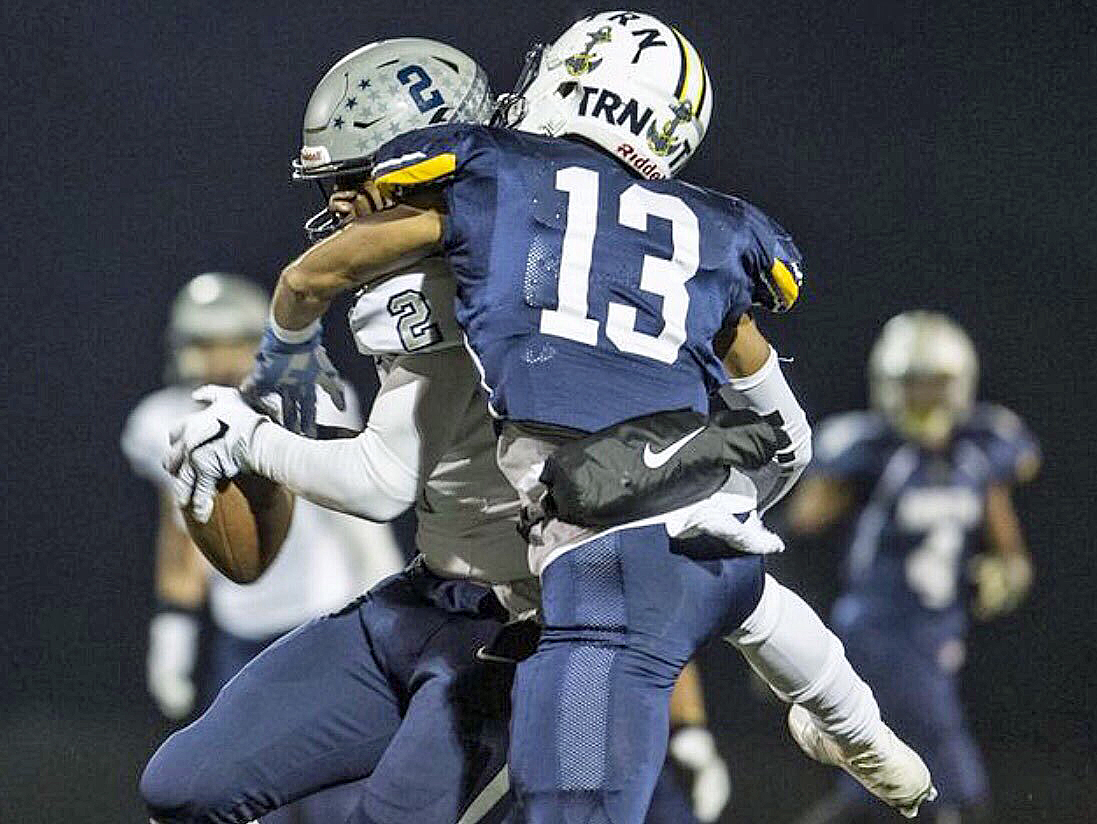 Bryce Watts was committed to Rutgers for a long time, but Virginia Tech always viewed him as a prospect that they would really like to add to the 2017 class.  They never stopped recruiting him, and they were finally rewarded when he committed on January 21 over six other Power 5 programs.

Watts is viewed by most analysts as an athlete, and much of his highlight film shows him making big plays on the offensive side of the ball.  However, he also plays cornerback and safety at the high school level, and Virginia Tech recruited him as a cornerback.  That’s where he’s expected to play when he arrives in Blacksburg this summer.

Let’s take a look at the film and try to see why the Tech coaches view Watts as such a good prospect.

Frame: The first thing that stands out to me about Watts is his frame.  He appears to have pretty long arms and if he’s a legit 6-foot-1, then I see him topping out around 200 or 205-pounds.  He can be a big corner for the Hokies, and he’ll certainly have the size to play nickel or safety as well.

Ball skills: Watts caught a ton of passes in high school, so he’s used to having the ball in his hands.  If he gets his hands