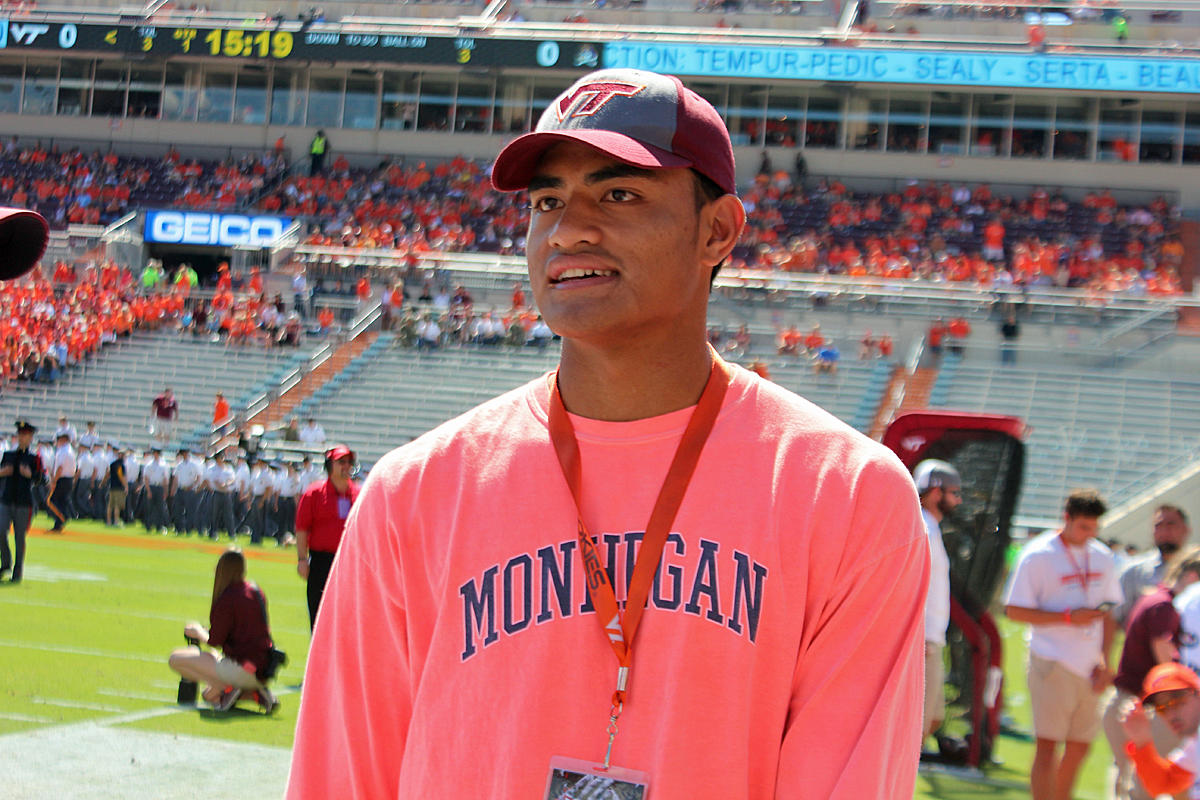 While some athletes are in the game of adding as many offers as possible, Asheville (NC) three-star defensive end Andrew Leota wants it to be known that he’s not. Leota has added more offers, but he hasn’t actively been seeking them.

Over the past few months, Rutgers, Purdue, Northwestern, Georgia State and Tennessee have jumped in with offers, to bring his total to eight. Virginia Tech, Duke and North Carolina have already long been on board.

Instead, Leota, Rivals.com’s No. 45 player in North Carolina, is getting close to narrowing his focus to just a few schools. And his overall outlook has changed a bit.

“Going into it, I just really look at the culture of the school,” Leota said. “I also look at the connections between the players and the coaches. Also, graduation is really important to me, that the coaches are pushing not just for football, but education and I look into that. I just wanna make a relationship with the coaches. I want it to feel, not like a car salesman, but true.”

Leota is in the midst of a few visits that could further trim his list of possibilities. Last weekend, he made his first trip to Northwestern. The trip stood out in a few ways to Leota.

“I really kept that on the low, but it was an overnight visit,” he said. “I got to spend the night with the players and they’re really intelligent guys. Some schools don’t do that because they’re afraid of exposing the real stuff about the guys, like a bad reputation. We didn’t party, we just went out to dinner, back to the dorms and played games. I really got to bond