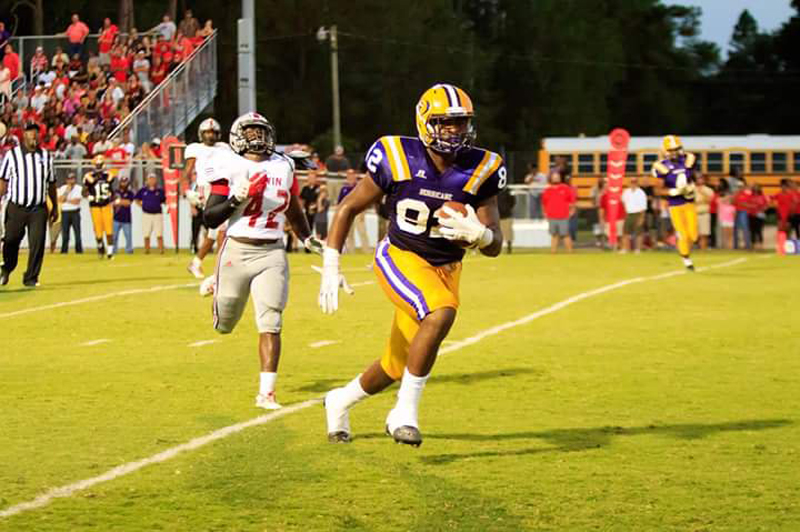 Traditional tight ends seem to be few and far between these days, but Virginia Tech got one of them in Georgia product Lecitus Smith.  Smith is a big, strong, tough guy who plays with his hand in the dirt at all times.  His specialty is run blocking, and he’s so good at it (and so big at this stage) that some believe he could eventually become an offensive lineman at the college level.

We’ll see about that.  Personally, I don’t really care what position he plays.  The more guys you recruit who can block, regardless of position, the better your offense will be.  While he’s capable of doing some damage in the passing game, it’s clear that his strength at the college level will be blocking.

Good bulk: Smith already has good bulk at this stage at around 260, and he looks like he has the frame to get even bigger.  Obviously you don’t want him playing tight end at much over 270, so how big he gets will determine his future position.  I trust Ben Hilgart and his staff to manage this effectively.

Decent hands: While Smith is never going to be a huge passing threat, he’s got good enough hands.  He’s more of a body catcher than a guy who will reach up and snatch the ball out of the air, but considering his specialty is going to be blocking, that’s fine.

Initial hit: Smith gets off