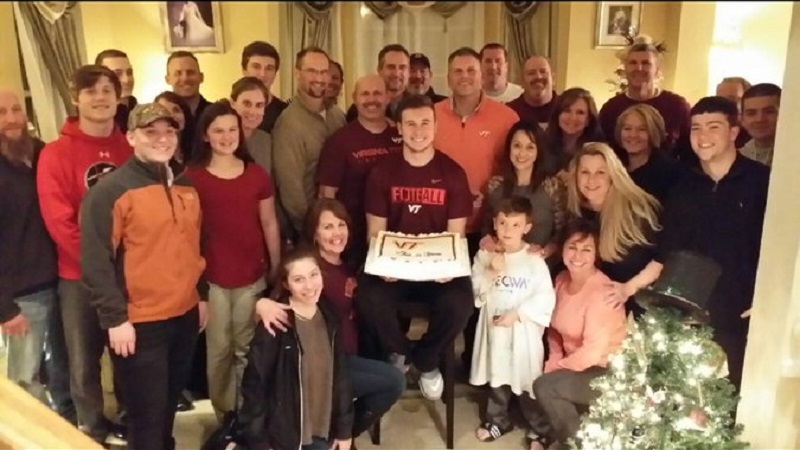 One of the biggest recruiting battles of the 2017 cycle was fought behind the scenes, with nobody watching. Dylan Rivers committed to Penn State before Justin Fuente was hired as Virginia Tech’s head coach, and though we knew Fuente and Foster were still recruiting him, it was never clear that they had a great shot to flip him. Most original commitments do stick, and Rivers didn’t do any interviews about his recruitment during the entire process.

After visiting Tech in early December, Rivers visited Penn State in January. At that point he became convinced that he was a better fit at Virginia Tech, and he decommitted from the Nittany Lions on the Sunday of his visit. Later that day, he officially committed to Fuente and Foster.

It’s not every day that Virginia Tech beats out Penn State for a highly-touted linebacker recruit. And these days, it’s not even common for the Hokies to pick up a highly-touted defensive recruit from their own state. They managed to accomplish both with Dylan Rivers. Let’s take a look at his senior season highlights.

Size: At 6-3 and around 230, Dylan Rivers is already bigger than most starting Backers Virginia Tech has had in the past. That size should help him hold up well in the running game,