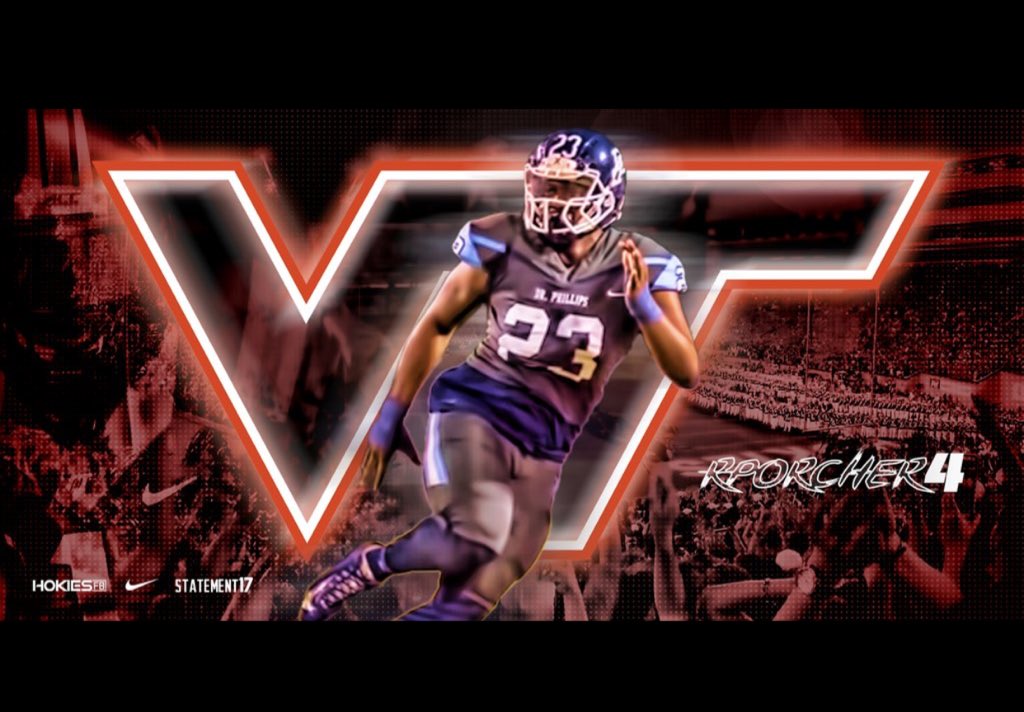 Virginia Tech went south to find their defensive tackles for the 2017 class. Robert Porcher IV is the son of former All-Pro defensive end Robert Porcher of the Detroit Lions. The elder Porcher played with former Virginia Tech linebacker Victor Jones in the NFL, and Jones played a bigger role in this recruitment than most realize.

Porcher has a big offer list that includes Nebraska, Michigan State, Michigan, Mississippi State, Louisville, Southern Cal, and many more. He originally committed to Nebraska, but Charley Wiles stayed on him and was eventually able to get his signature on Signing Day. Porcher has the bloodlines, and he has the size. Wiles views him as a great fit at defensive tackle for the Hokies. Let’s watch his senior highlights and find out why.

Here are a few things that stand out to me…

Use of hands: Porcher does a nice job using his hands to get off blocks. At times you see him use his hands to get the hands of offensive linemen off of him and get the blocker off balance. That opens the door for him to get into the backfield.

Bulk and frame: Tech lists Porcher at 255. He’s already pretty thick, but I think he has the frame to carry more weight and play between 290 and 300.

Good acceleration: Porcher doesn’t wow anyone with his speed or agility as a defensive end, but he’s got a quick first step and gets around the edge quickly. He’ll