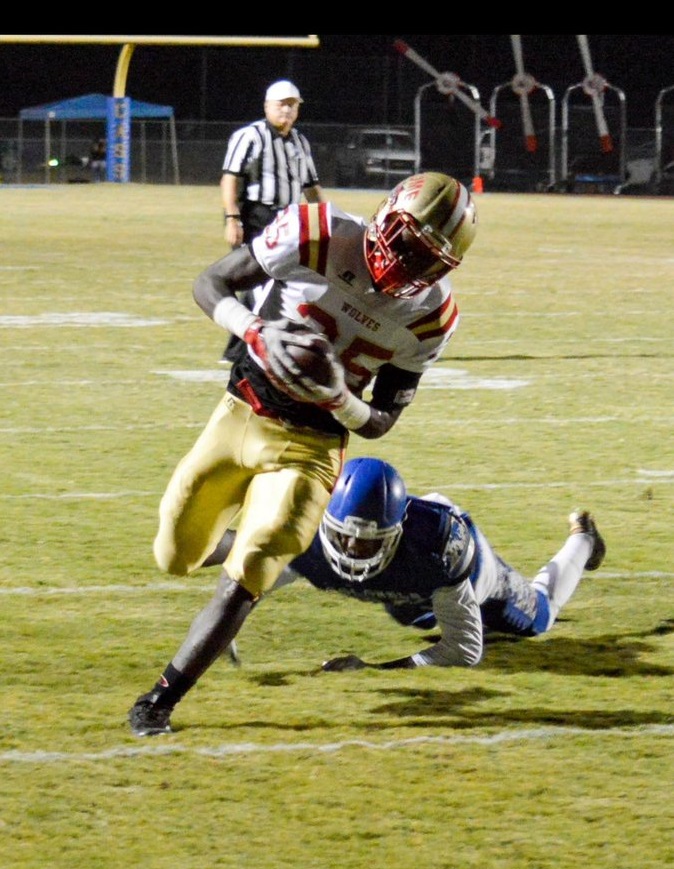 In December, Rome (Ga.) captured the GHSA Class 5A state championship with a win over Buford (Ga.). But all three-star running back Jalynn Sykes could do was watch from the sideline, as his teammates battled for the victory.

Just four weeks earlier, Sykes’ junior season ended a bit prematurely, when he tore his ACL in the Wolves’ first-round playoff blowout win over Miller Grove (Ga.). Since then, Sykes has been focused on his recovery, though his recruitment has still steadily risen. Sykes has taken a few visits over the past couple of months, but is just now putting more of his focus into his recruitment.

Still, Sykes vividly remembers the moment when his right knee gave out. It happened in the third quarter, with Rome well on its way to a 56-0 win.

“There wasn’t a hole, so I bounced to the outside, was about to truck a guy, then I lowered my shoulder and someone jumped on my back,” Sykes said. “Then my knee buckled. It felt funny. I’ve been recovering and I think I’m gonna come back better than last year, really.”

Since then, Sykes, Rivals.com’s No. 34 running back and No. 47 player in Georgia, said he’s put all of his energy into getting his knee back to where it needs to be. It hasn’t been easy, though.

“That’s my first injury like that and it’s really been about facing adversity,” Sykes said. “I’m gonna be a better running back, more humble and me not playing, it really showed me a lot. I’m more passionate about it. I’ve just gotta go hard about it every day.

“I’ve been talking to a lot of coaches. But I’ve gotta make sure I’m right before anything. Right now, I’m trying to be 110 percent.