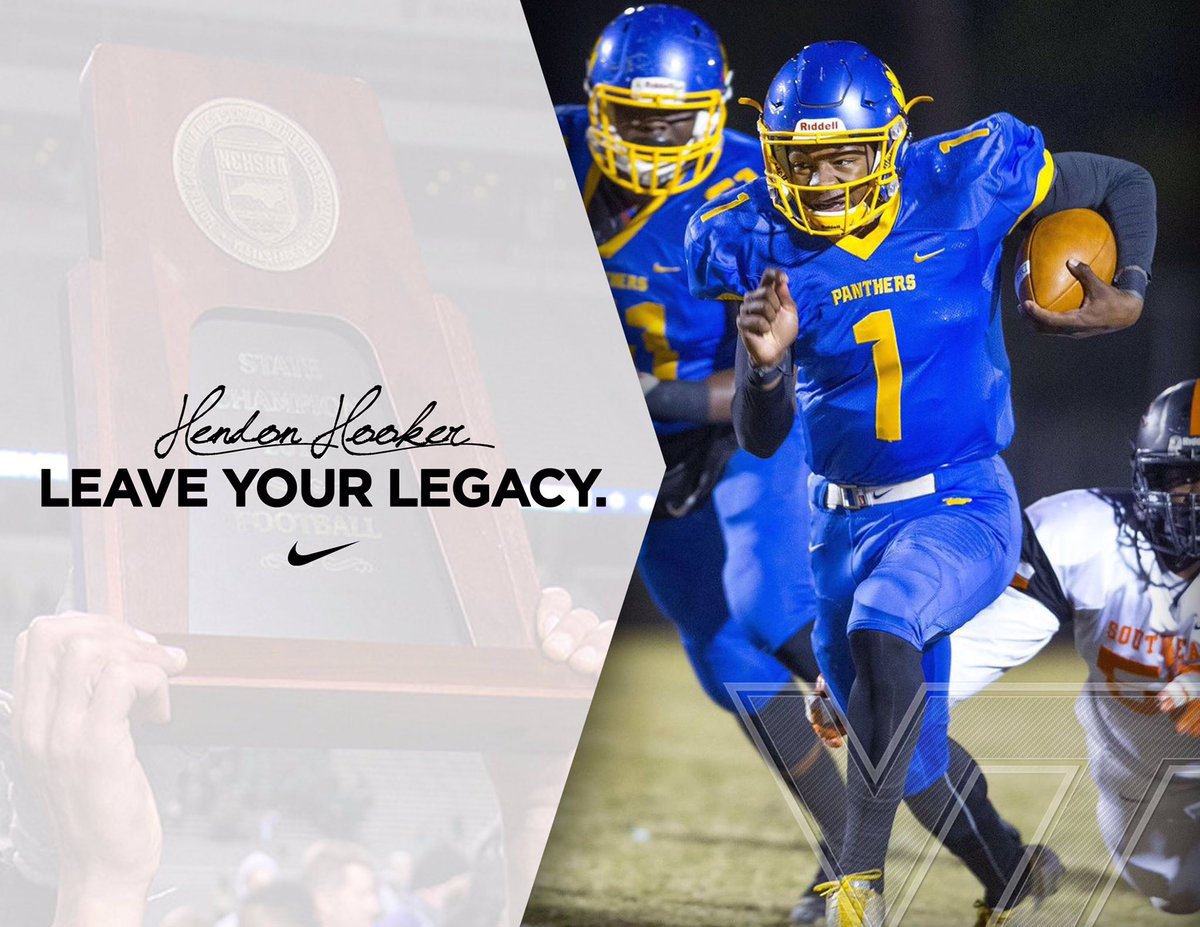 It’s clear by now that Fuente and Cornelsen want quarterbacks who can move. Those types of quarterbacks give the offense an additional advantage, as VT fans have known for years. Hooker is no exception. I don’t think I would describe him as a scrambler, but like Jerod Evans, he is very capable of running an offense that depends heavily on the read option. He’s a big kid who will become a strong runner once he fills out his frame.

Height and frame: At 6-4, Hooker has the frame to be a 230 pound quarterback. He’ll be big and physical enough to run the read option on a regular basis, and he’ll have the size to see over the line of scrimmage and make strong throws from the pocket.

Downfield arm strength: Hooker appears to have the arm strength to put vertical stress on