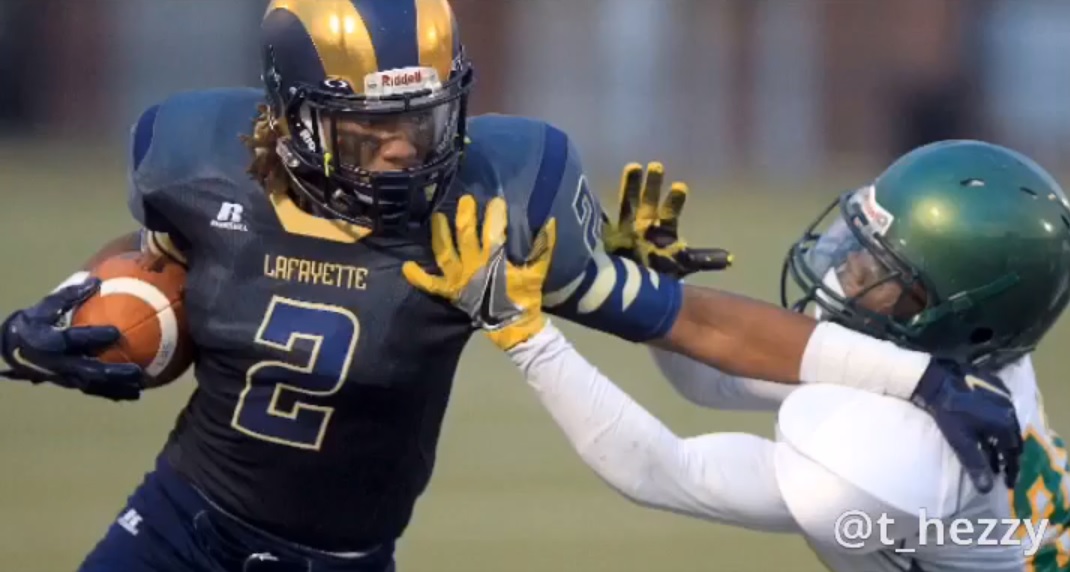 The Virginia Tech coaching staff viewed Hezekiah Grimsley as the top wide receiver prospect in the state of Virginia for the 2017 cycle, and they locked him up early by securing his commitment late last May.  The Lafayette High School (Williamsburg) native collected All-State honors on offense, defense and special teams during the course of his high school season.

Grimsley didn’t catch a ton of passes during his high school career because his team didn’t throw the ball a lot, but he made his catches count.  He had 1,065 receiving  yards as a junior and another 949 as a senior.  He also carried the ball on end arounds, and excelled in the kick return game with six kicks returned for a touchdown.

I like Grimsley’s versatility.  I also like the fact that he doesn’t have to play right away.  The coaching staff can redshirt him and slowly bring him along.  Here’s a look at what they are dealing with…

Smoothness: Though I wouldn’t say Grimsley has one specific area of athleticism that stands out, he does look like a smooth runner with solid balance and good enough speed. He won’t wow anyone with any great trait, but he will be solid