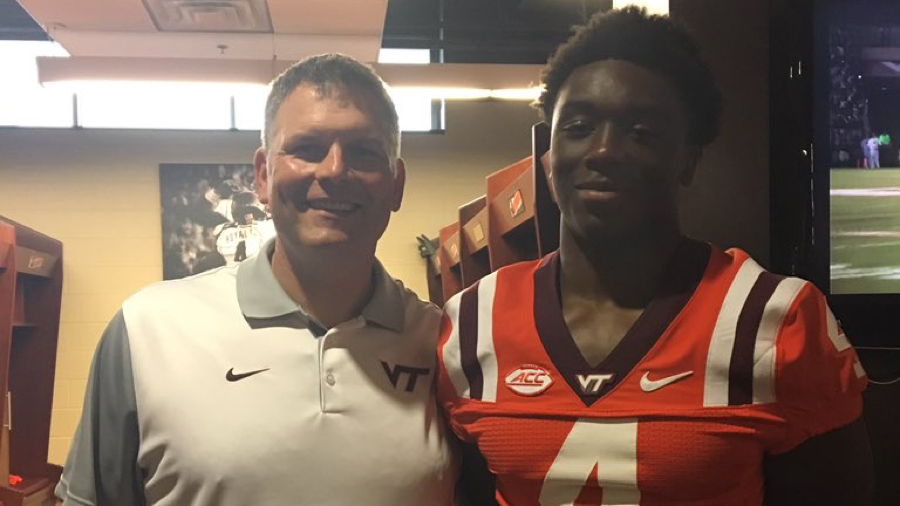 Virginia Tech went south to Rome, GA to find Backer prospect Jaylen Griffin. Rome is halfway between Atlanta and Chattanooga, and like most Georgia players, Griffin came up facing a high level of competition. He was originally committed to Cal, but the Hokies eventually beat out Louisville for his services.

Several former NFL, NBA and MLB players were born in Rome, as was NFL head coach Dan Reeves and current South Carolina head coach Will Muschamp. Griffin is hoping to be the next Rome native to go on to a big time career.

Griffin is projected to play the Backer position at Virginia Tech, where he’ll compete with fellow 2017 class member Dylan Rivers, and perhaps Ricardo Kearney as well. All players have the physical ability to be good college players, so we should be looking at a good competition over the next couple of years.  Kearney and Rivers could also play Mike. Let’s find out what Griffin brings to the table.

Open field ability: Griffin looks good attacking the backfield from the edge. He’s also used to playing in space over slot receivers. Though he won’t be able to do that in the college level, playing that role in high school has gotten him used to tackling in the open field....