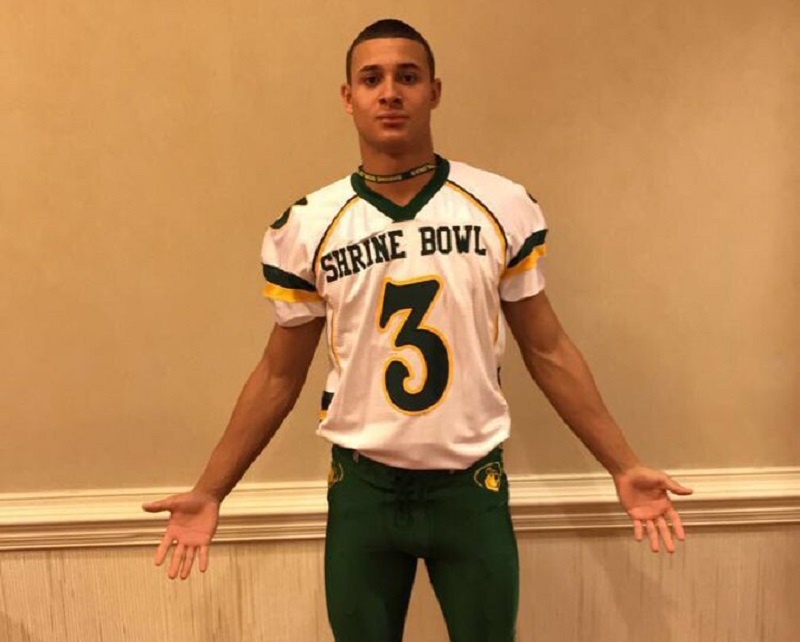 As you can see above, the ratings on Caleb Farley are mixed.  Rivals and 247Sports view him as a 4-star player and one of the top athletes in the country.  Scout and ESPN have him as a 3-star and a middle-of-the-pack quarterback prospect.  Both schools of thought are absolutely correct.  In this case however, Farley isn’t expected to play the quarterback position at Virginia Tech, which makes the Scout and ESPN ratings null and void.

That’s not to say that Rivals and 247Sports will definitely be right.  I’m just saying that there’s no reason to evaluate Farley as a quarterback, because he’s unlikely to play the position at Virginia Tech.

Farley is from Maiden, NC., which is just west of Lake Norman in the Charlotte area.  As our last two scouting reports (Zion DeBose, Drake DeIuliis) have shown, that’s an area the Hokies are targeting heavily these days.  Farley got an offer from Tech in February 2016 on his Junior Day visit, and he committed less than two months later.  He was one of the top targets of James Shibest, who did an outstanding job on the recruiting trail this year.

Farley’s senior year rushing totals are completely off the wall.

Throw in his passing stats, and Farley had over 4,300 yards of total offense with 58 total touchdowns.  His