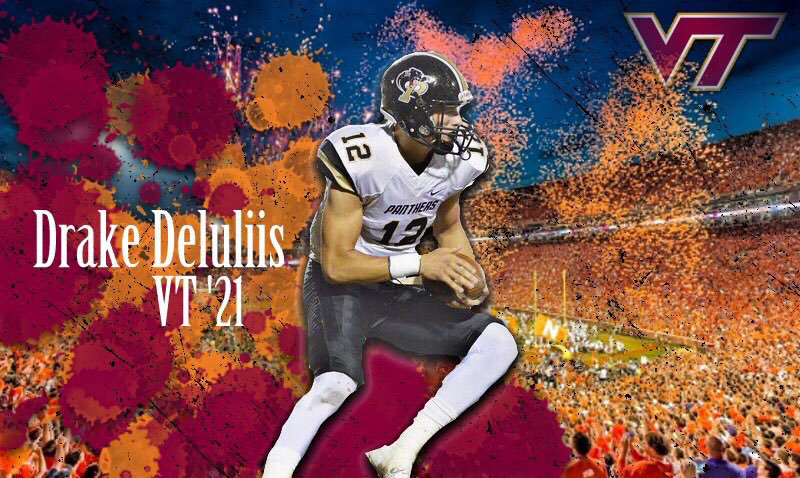 Drake DeIuliis has a last name that I still haven’t quite remembered how to spell (the third letter of his last name is a capital “eye” and not a lowercase L), but he’s a good, versatile offensive prospect that Virginia Tech targeted very early in the process.

James Shibest got to work quickly at Virginia Tech, hitting the state of North Carolina hard.  In the process he found DeIuliis in Charlotte, and the Hokies offered on January 25, 2016.  Justin Fuente’s offense and the short trip to Blacksburg turned out to be an easy sell, and DeIuliis committed in April.  He was one of the first of many prospects the Hokies will target from the Tar Heel state during the Justin Fuente era.

What kind of a player are the Hokies getting in DeIuliis?  A good one, I think.  247 might have rated him a bit too aggressively at 4-stars and the #5 player in NC, but I also feel that services like Rivals and Scout undervalued him.  I view him as a borderline top 10 player in that state.

Note: Hudl doesn’t have any senior film of DeIuliis.  There’s a short 1:51 clip on his HokieSports.com profile.  Other than that, we’re relying mostly on his junior film, so take everything with a grain of salt.  Here’s what I like