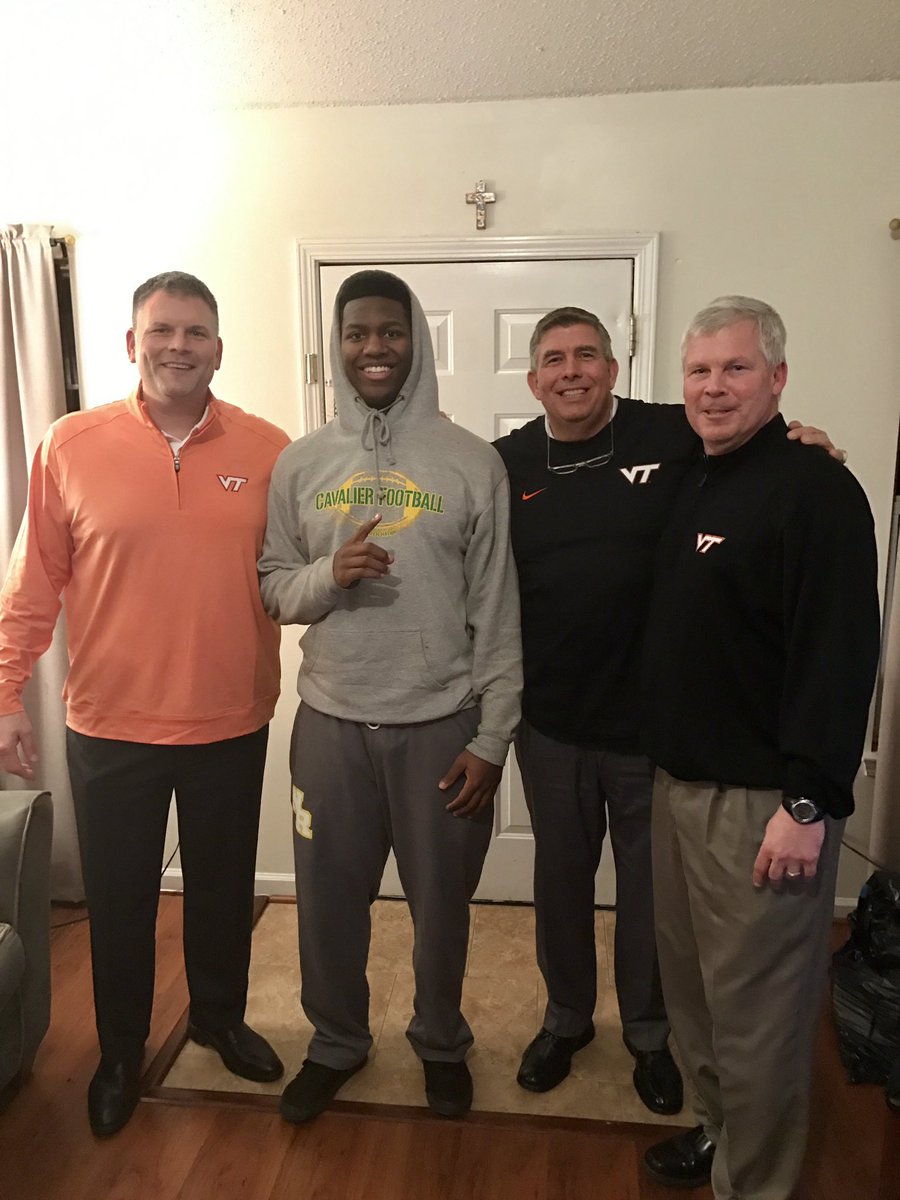 Bud Foster is very happy with his defensive recruiting class this season. Though Tech would have liked to have added another corner, they more than made up for it with their impressive haul on the defensive line and at linebacker, as well as signing their No. 1 overall target: safety Devon Hunter.

Virginia Tech did a really nice job of filling needs all along the defensive line. The Hokies signed three ends and a pair of tackles, and at least one player could see the field as a true freshman.

Among the defensive ends, I feel as if Zion DeBose is the most likely candidate to play this year. TSL ranks him as a 4-star player, but everyone else has him at 3-stars because he’s a late bloomer. Nevertheless, we’ve heard that the VT staff feels that he has the best chance to contribute this year, whereas Tyjuan Garbutt and Nathan Proctor will need to take some time to season. They are good prospects, but they aren’t as advanced as DeBose at this time.

Robert Porcher IV and JBril Glaze are very good fits at defensive tackle for Virginia Tech. Tech lists Porcher at 255 and Glaze at 270, and it’s possible that one of them could contribute this year. However, we have heard Glaze is 50-50 when it comes to qualifying.

I think signing DeBose gives Virginia Tech the option to move Vinny Mihota to defensive tackle this year. The only other option would be to play Darius Fullwood in the