The Hokie football season was an excellent one that finished on a symbolic high note that showed just how far this team had come since their week two loss versus the Vols. For this series I’ll look back at some of the schematic aspects of this year’s team that helped lead to a ten-win season and an ACC Coastal title, including a few spots I touched on earlier.  Let’s start with the massively retooled offense. 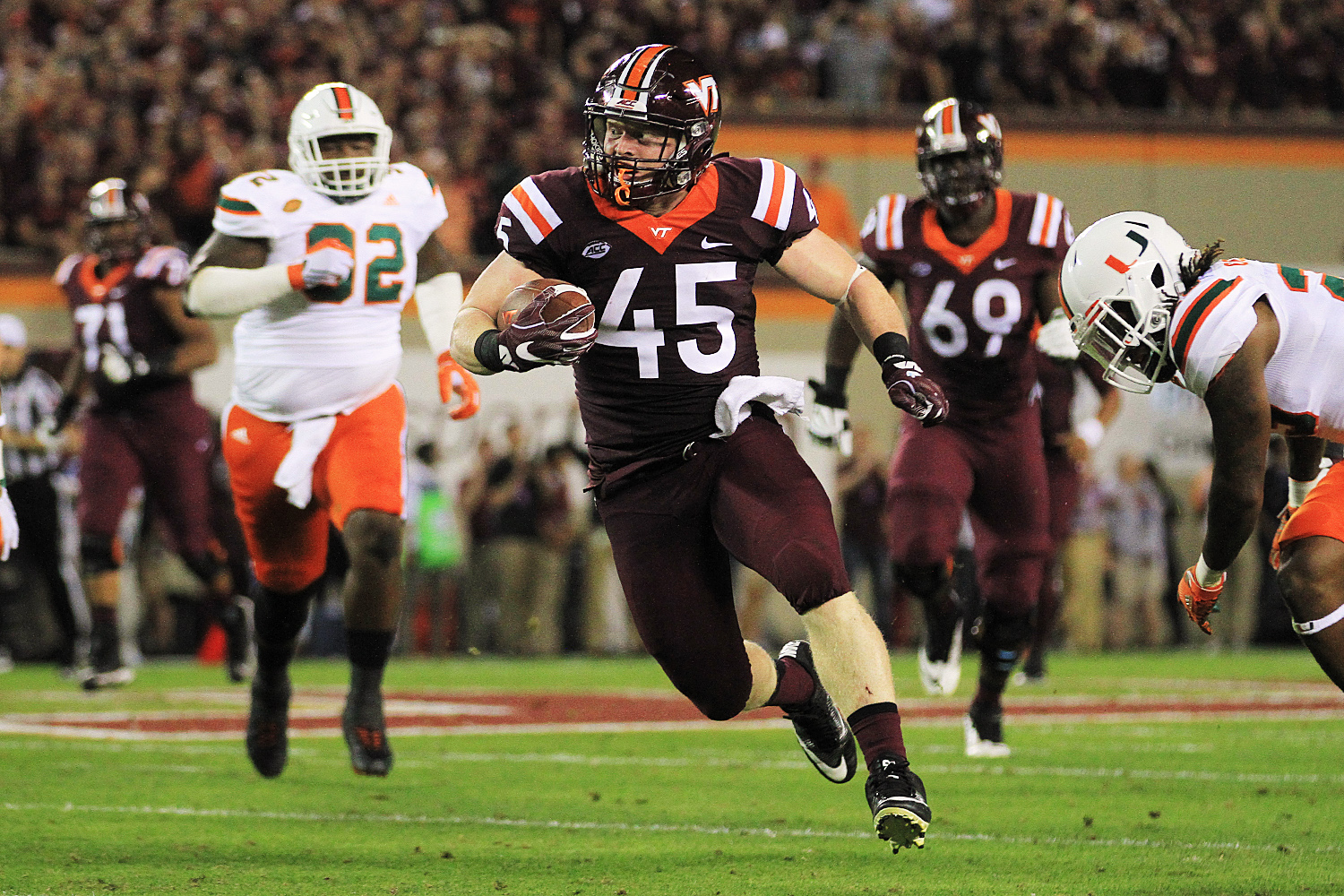 1) Few Formations, Many Plays (With a Caveat)

There’s an axiom in college football that you only have time to coach a team to 1) run lots of different plays out of a handful of formations, or 2) run a handful of plays out of lots of different formations.  Now there’s some oversimplification and gray areas to this idea (as is the case with axioms in general) but in VT’s case, it’s clearly the former.  The Hokies ran nearly all of their plays from a handful of basic spread formations, with a QB in the shotgun and an offset back. You rarely saw a QB under center, bunch sets, pistol formations, Ace sets with two tight-ends, Pro sets with two backs behind/beside the QB, along with other things.  By contrast, you might see a “pro-spread team” spend an entire game running the same power and inside zone plays repeatedly out of dozen different formation concepts.

From this core formation idea, Tech ran every manner of zone and gap run, a wide variety of passes, and often the two smashed together into RPOs (Run-Pass Options), and more importantly, Tech ran them frequently throughout the season. Plenty of pro-style college teams will break out many plays over the course