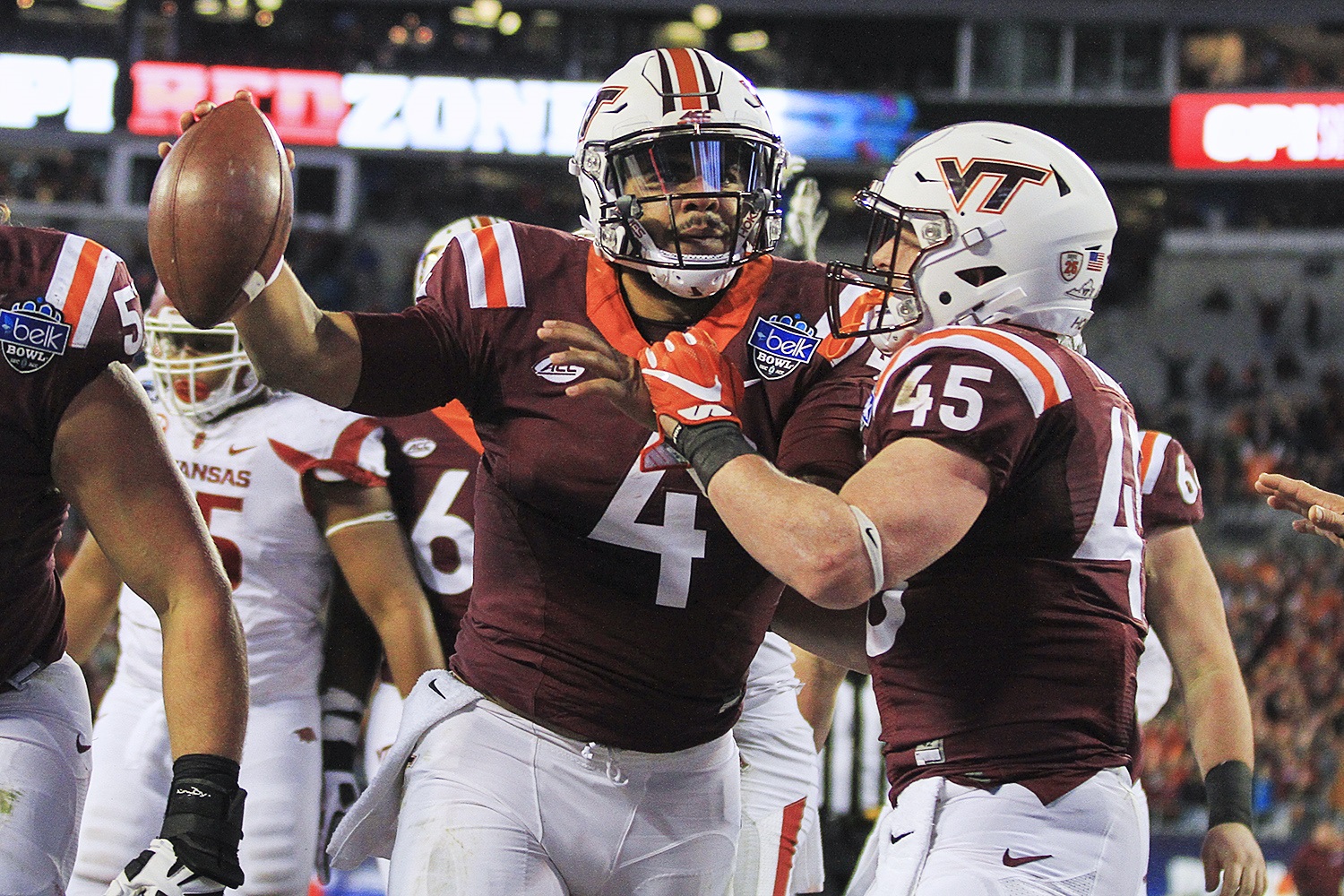 Averaged out over the entire game, Arkansas and Tech performed about how everyone was predicting, with the two disparate halves balancing out to match expectations.  I only spent time with two Arkansas games—a blowout loss to Auburn and a choke against Missouri—and that turned out to be enough to get a good read on them:

My only concern was how Tech would show up against the Arkansas running game. With Tech stopping the Razorback runners in their tracks, it seems like this game should’ve been a dominant Tech performance from the first quarter on.  What happened?  It’s easy to say Arkansas struggled in the second half as they had the past few games of the season, but why?

Probably the most unpredictable element here was that both teams were sloppy and mistake prone.  Loogie-loving #80 for Arkansas was the absolute worst in this regard—aside from his drops, fumbles, slips, and