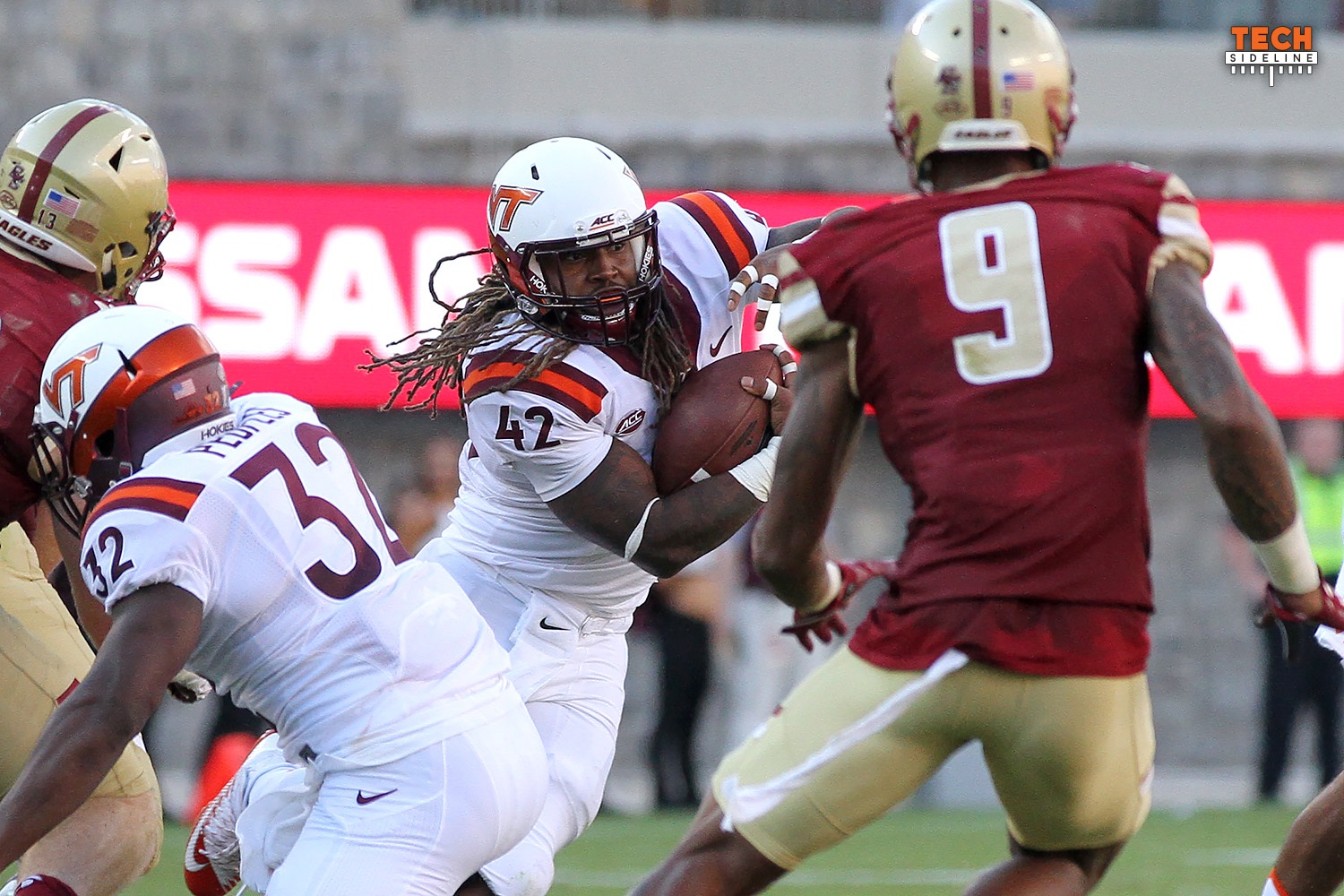 By now you’ve heard that Marshawn Williams injured his knee against Notre Dame and will miss the remainder of the season. The extent of the injury has not been revealed, but considering Williams’ ACL history, you’ve have to be an extremely positive person to not be expecting the worst.

To refresh your memory, Williams tore his ACL during the 2014 season, and then reinjured it when he tried to do too much too early while rehabbing in 2015. We don’t know for a fact that the new injury is an ACL, or even if it’s an injury to the same knee. But either way, three knee injuries in as many seasons means that Williams will likely never be the same. You could argue that he already wasn’t the same in 2016 as he was back in 2014, and obviously another knee injury won’t help the situation.

I don’t pretend to know exactly what the Hokies are going to do at running back for the final games of the 2016 season. Tech’s running back rotation has been tough to predict this year. But I do know that if Williams isn’t the same player going forward, or has to miss significant time in 2017, the Hokies probably aren’t going to have a lot of options.

Let’s pretend that Williams is unavailable for much or all of 2017, or that he just isn’t good enough to crack the rotation after his third knee injury. Here’s what the Hokies would theoretically have to work with….