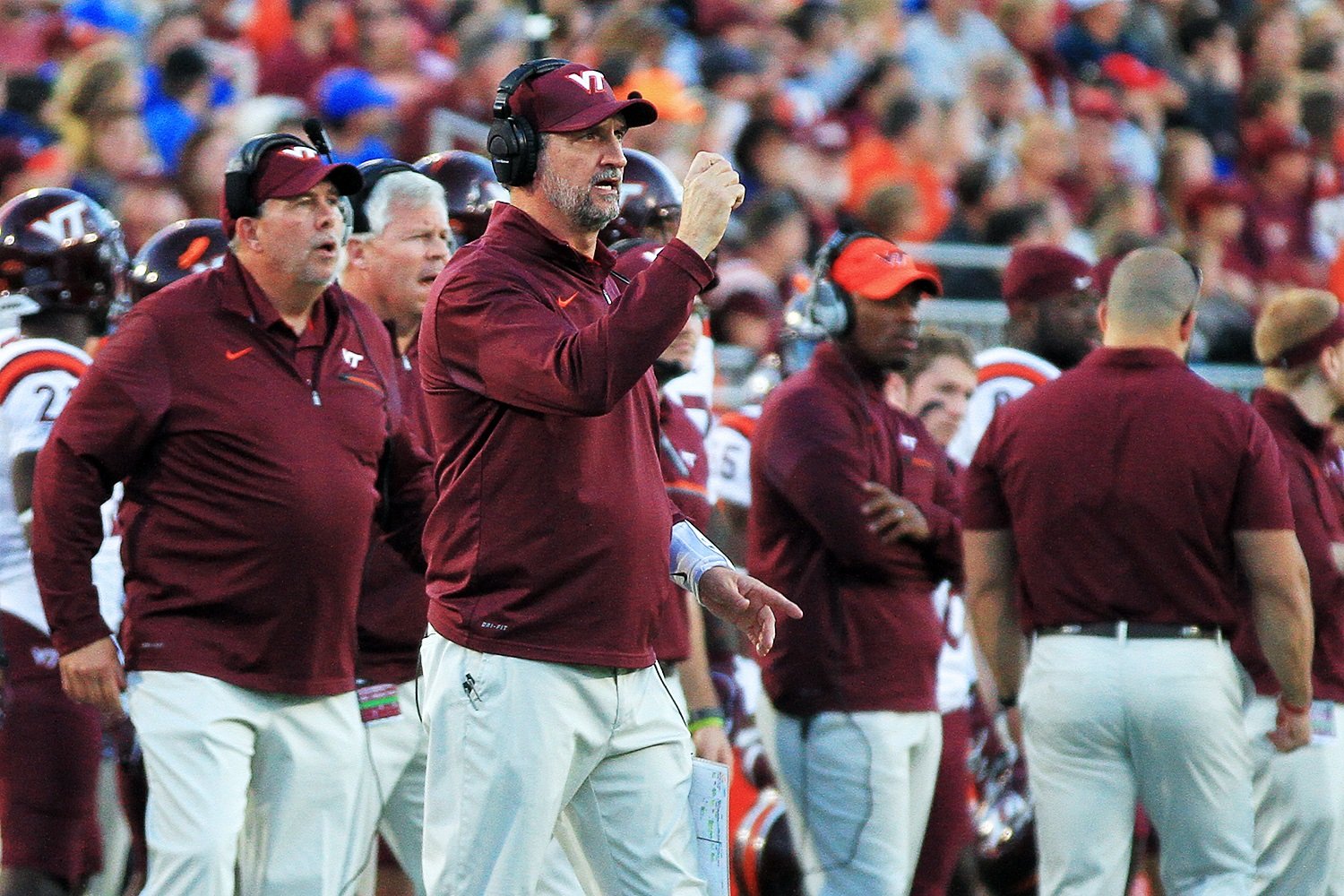 There has been some consternation on the message boards about the defense. Is it reasonable to be concerned and why / why not?

Nova Hokie 95: I think there’s definitely reason to be at least a little concerned about the defense. We’ve seen two or three straight years of being gashed by the run — especially by running quarterbacks — when we see indications of that returning you definitely worry.

Then you add in injury and suspension variables, and the worry becomes a little deeper. Three out of four linemen playing with bad shoulders? Top tackler suspended for a half? Our much-improved MLB seeming to regress to previous bugaboos? Bob that Adam’s apple, folks. Another hidden factor that I don’t know if many are taking into account: the rest of the defense is aware of their teammates who are hurting. Because of that, I worry slightly that some players are trying to overcompensate a bit and losing some of their own responsibilities by doing so. We’ve seen that in the past and it’s disastrous for a Bud Foster defense.

But hey, we’re fans — we can worry and not lose any sleep over it. I’m sure Bud and the rest of the coaches are burning the midnight oil trying to scheme what we have the best we can. As has been quoted repeatedly, too — the defense doesn’t always have to be perfect anymore, either. That’s a luxury we haven’t had in the past and something to reduce the worry.