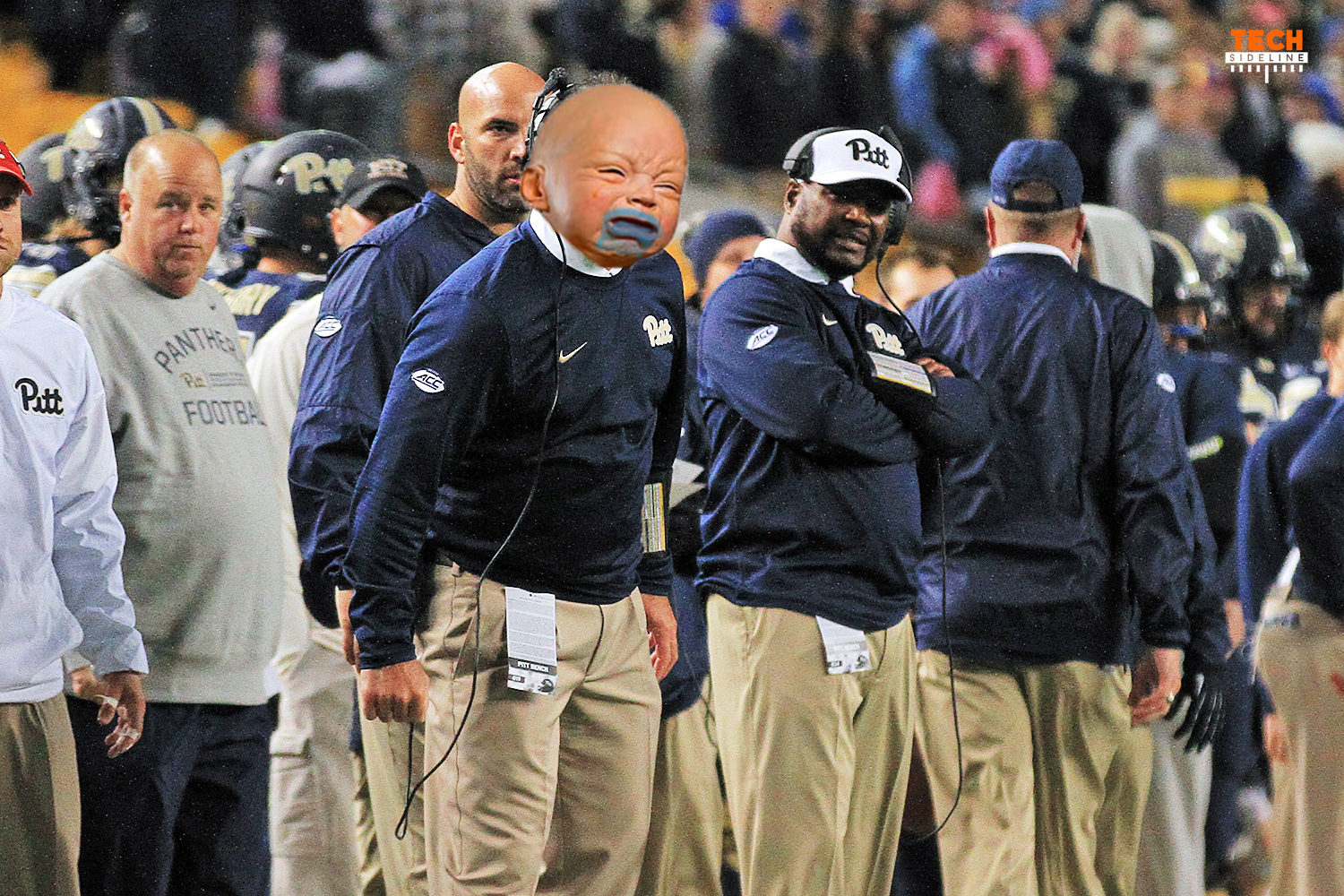 The Panthers coaching staff dumbed their way into the loss and gave away the game.  They had a beat-up Hokie squad struggling to keep up, then, inexplicably, gave up on their best offensive plays—counters and play-action passes—completely on two critical third quarter drives that Tech quickly snuffed. And as the announcers drilled into for all who watched, on defense Pitt refused to give isolated defensive backs help in the passing game.  In a game where the teams were trading scores, just one more interruption could’ve swung the game back to Pitt.

Not that the Hokies were on their intellectual A-game, but Pitt’s decisions were baffling, especially when it was apparent Tech’s offense was going to put their #1 receivers in space and win until Pitt adjusted.

While most fans could pick up on why both teams had success passing, and the on-air crew did a good job in-game for television viewers, the ground game was a little more nuanced in execution (if not outcomes.)  The reason the game was close at all was due to the disparity in the teams’ respective run games: Pitt spent a good chunk of the game holding a clinic on both sides of the ball, while Tech didn’t as much.

Pitt’s front four—and their defensive tackles especially—were strong enough to where the Panthers could use them to basically hold down everything between the tackles, while sending rushers wide to bottle up outside runs and attack the passer.  One play exemplified this.