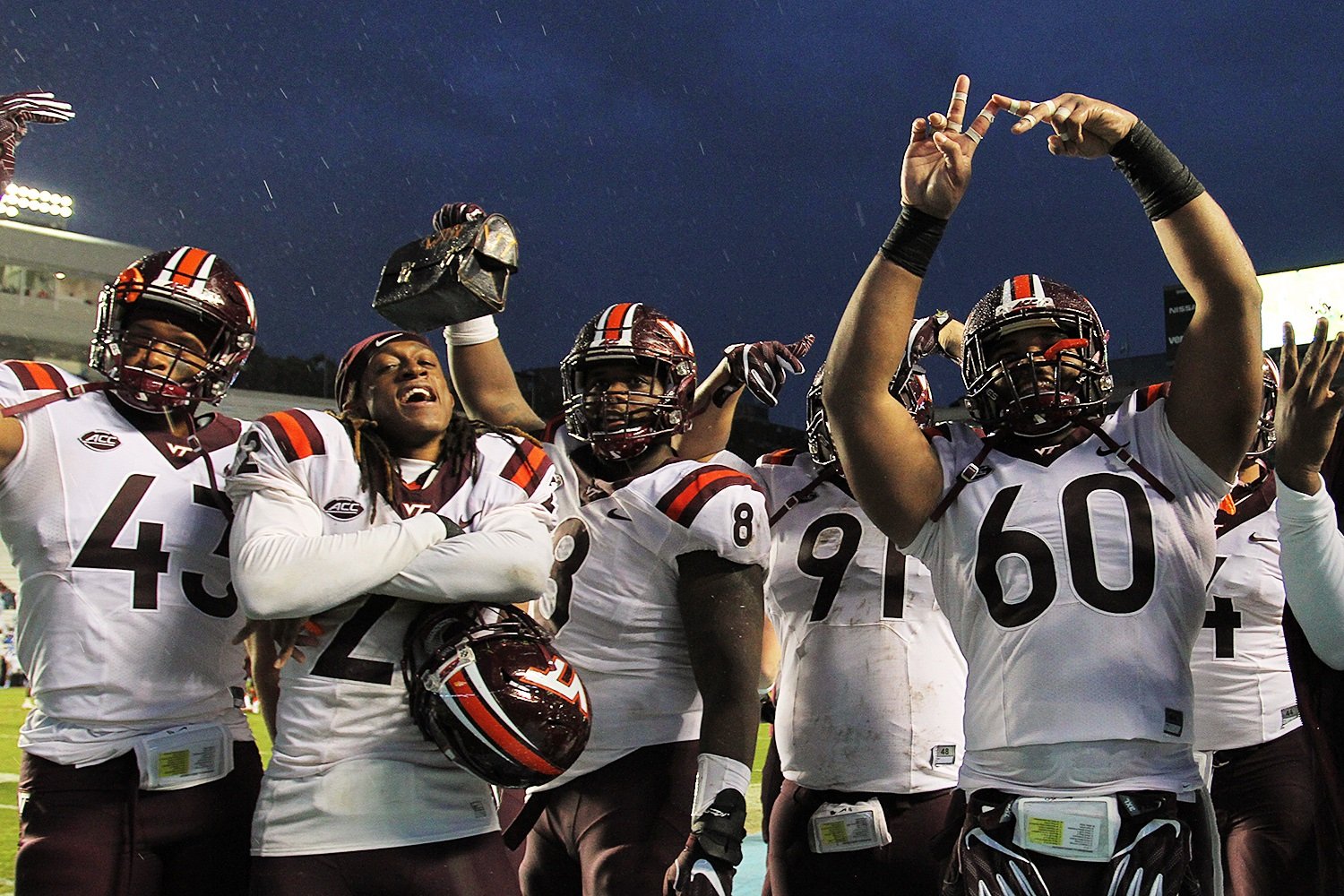 Over the last three games, Virginia Tech has outscored the opposition 137-20.  In their two ACC games, the margin has been 83-3.  That’s dominant football no matter how you slice it, and I still don’t think we’re playing as well offensively as we could.  This team’s best moments may be ahead of it.

I like to think I’m right more times than not in Virginia Tech football analysis, but I don’t have a problem admitting when I’m wrong.  Here’s something I was completely wrong about.  Ever since Justin Fuente was hired, my favorite phrase has been “this thing isn’t going to get turned around overnight.”  Well, apparently it did.  Is this really happening?  Pinch me to make sure I’m not dreaming.

Virginia Tech is a good team.  Perhaps a very good team.  Not elite.  Not great.  But most definitely Top 25 worthy, and perhaps Top 15 worthy depending on the results in the next couple of weeks.  This team isn’t going to need to beat UVA in the season finale to make a bowl game as they have in three of the last four years.  In 2016, the UVA game is going to be about what bowl we’re going to, or perhaps even whether or not we’re going to Orlando to play Clemson or Louisville for the ACC Championship.  Bowl eligibility will be wrapped up long before then.

Perhaps I’ll be wrong again.  Perhaps we’ll fade.  It’s unlikely, but it’s possible.  Even if that does happen, at least we’ll be able to look back at the season and say we beat the Tar outta the Heels.  As I wrote earlier in the week, I don’t think we play a more important game each