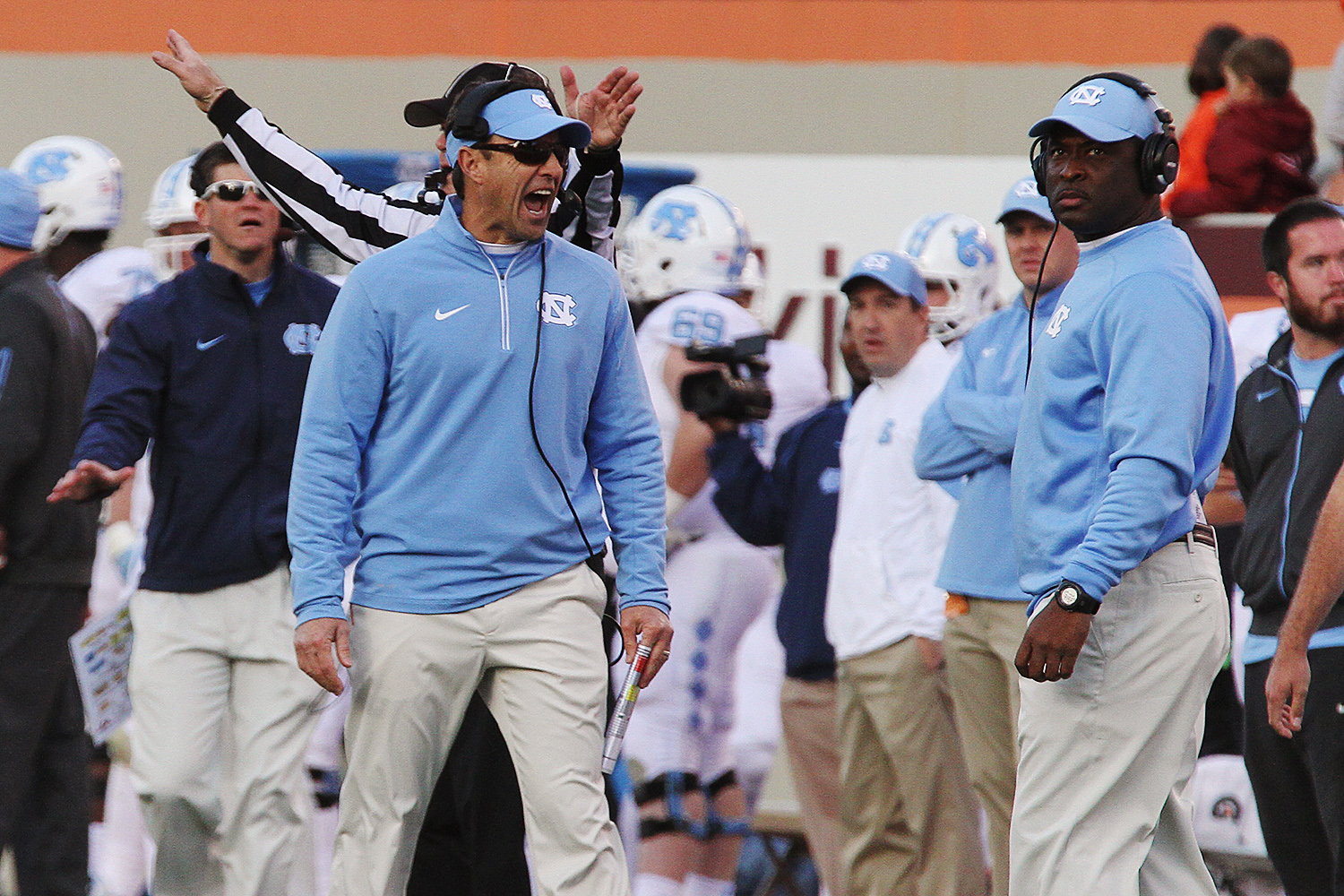 Since Virginia Tech has been part of the ACC, the Hokies have gone 9-3 against North Carolina, which is a fairly encouraging record against a program that has improved in recent years under head coach Larry Fedora. Hired in 2012, Fedora has gone 2-2 against the Hokies during his tenure in Chapel Hill. He brought an up-tempo spread offense that has left opposing defensive coordinators with more questions than answers. The Tar Heel passing offense is rolling into this game ranked 12th in passing offense, and overall the offense averages 484.2 yards per game so far this season.

Thankfully Hokie fans have the best defensive mind in college football in defensive coordinator Bud Foster. Looking at the last four games against the Tar Heels, I can’t help but wonder if Foster may have figured out Fedora’s offense. That comes as no surprise, as he has figured out some of the most complicated offenses in the country, such as Paul Johnson’s triple option offense. As I looked into the number, North Carolina’s total offensive yards against Virginia Tech’s defense have dwindled in recent years – until last year’s overtime thriller in Lane Stadium. Starting from 2012 to last year, UNC’s total offensive yards went from 533 (loss), 376 (win), 323 (win), to 445 (loss). That’s a nice dive from 2012 to 2013, and then last year slightly went back into Fedora’s favor. Essentially, the difference is the number of plays.

North Carolina’s philosophy is to push the tempo and accomplish as many plays as possible. Their offense is ranked 16th in the country in yards per play, and finished 2nd just last year. It’s apparent that being efficient and dictating the pace of the game is how Fedora likes his offense to control each game. Yards-per-play has become one of the more important statistics in college football. It essentially measures a team’s explosiveness and how successful the offense is each play,