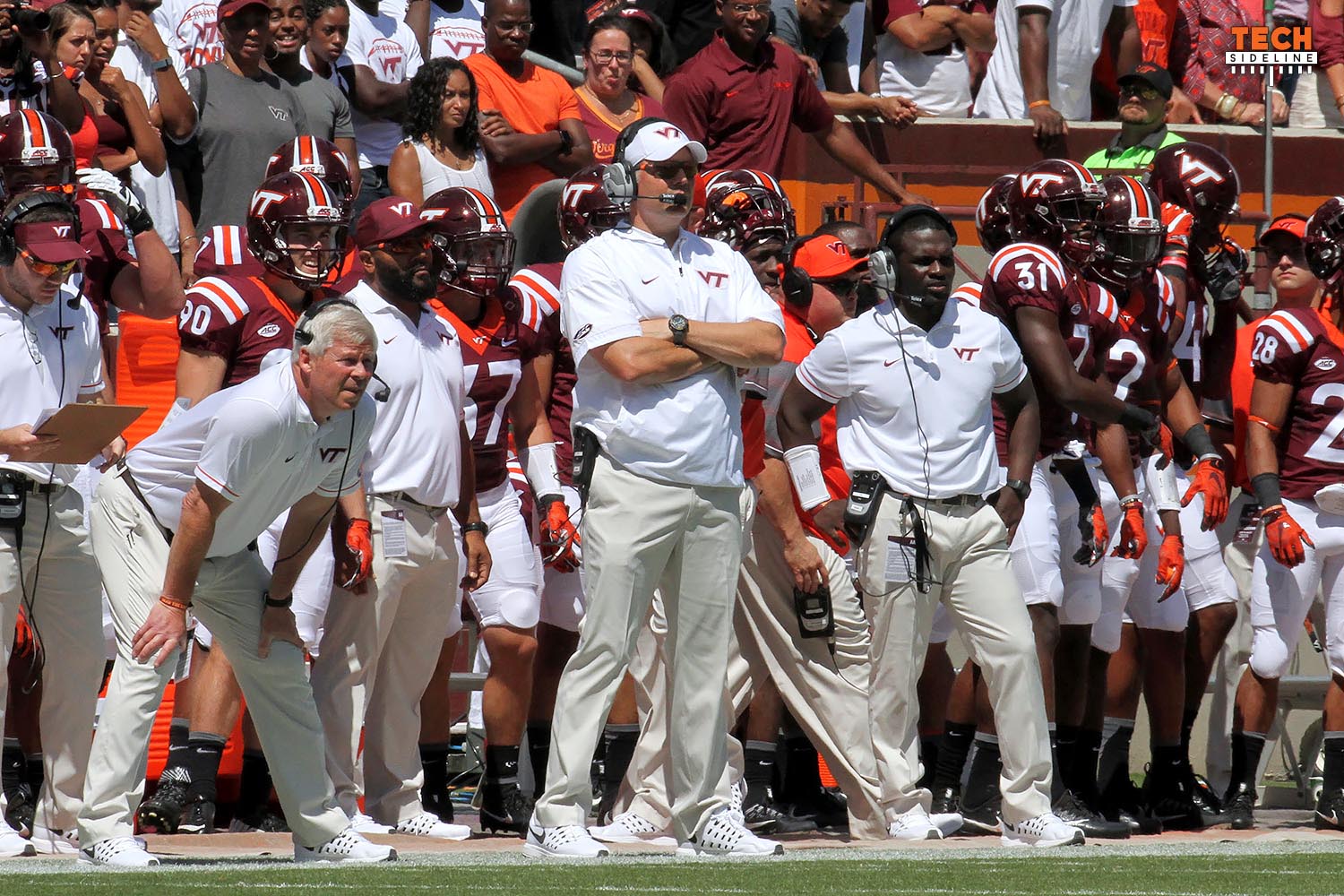 Tech Has a Zoning Permit for Stretching and Misdirecting

A lot of other Hokie football writers beat me to the punch on writing about how the speed option—the quick-hitting option play where Evans either keeps or pitches the ball—is defining the new Tech offense.  I don’t think there’s been much focus on the historical significance of what’s going on here, so don’t skip down just yet.

Let’s talk blocking for a second. One of Tech’s biggest strengths this year has been blurring their zone-blocking in the run game with their zone (or “slide”) protection in the passing game.  In gap (or “man” blocking), the offense tries to push the defense away from a single gap, which often times means most of the offense is stepping in the opposite direction of the ball-carrier.  In zone runs, though, the offense steps in the same direction as the runner is heading and tries to push the defense in the same direction as the runner.  The idea is to stretch the defense horizontally and let the runner pick a weak spot to attack. This kind of blocking looks a lot like zone pass-blocking, where the entire line steps in unison to the left or right, so play-action passes are often easier to execute in these schemes than in gap/man.

Every Tech coordinator in recent memory has used some kind of zone run play in their offense—just like nearly every high school, college, and pro team in the country.  What Tech consistently failed to do, though, was build on this zone blocking.  Opponents pretty much knew that if the offensive line took a hard zone step to the right, the ball was either being run to the right or a pass was likely to go to the right.  There are plenty of tricks