I’ve got a few more related Virginia Tech notes that didn’t make it into yesterday’s article.  Also, I’ve included a quick discussion on some other programs around the country after I was able to watch a lot of college football on Saturday.

LB Tavante Beckett: I didn’t see Beckett on defense.  Jamieon Moss got the reps with the No. 2 defense late in the game, unless I just happened to miss Beckett being in there.  I assume all of Beckett’s work came on special teams, though I’m not sure which units.

ROV Reggie Floyd: Terrell Edmunds seemed to get a little banged up late in the game (nothing serious) and he came out during the middle of a drive later in the game.  Floyd replaced him and had to make a good open field tackle on his first play.  As they say in baseball, if you’re a new player on defense, the ball will always find you.

DB Jovonn Quillen: I didn’t notice Quillen in the game, but HokieSports.com says he played.  I’m sure his plays came on special teams.

WR Eric Kumah: Kumah got into the game late at wide receiver.  I’m sure the staff is expecting his role to increase as he continues to develop.

WR Divine Deablo: Deablo got a decent amount of playing time on offense, though he didn’t catch any passes.

DE Jimmie Taylor: Bud Foster didn’t mention Jimmie Taylor last week, which was why I was surprised to see him on the field in the second half.  His build reminds me of Corey Marshall (or maybe it’s just the fact that he wears No. 96).  I’m not sure about the thought process of playing Taylor, especially since he’s now the same year as redshirt-freshmen Trevon Hill and Houshun Gaines.  Perhaps they expect him to pass Seth Dooley soon.

I’m not a huge fan of playing guys who aren’t going to be in the two-deep or who don’t have a good shot of starting next season, so playing guys like Beckett and Quillen is a little big mystifying to me.  That said, I’m still getting used to this new staff, so for now I’m just going to continue to monitor the situation before drawing any conclusions. 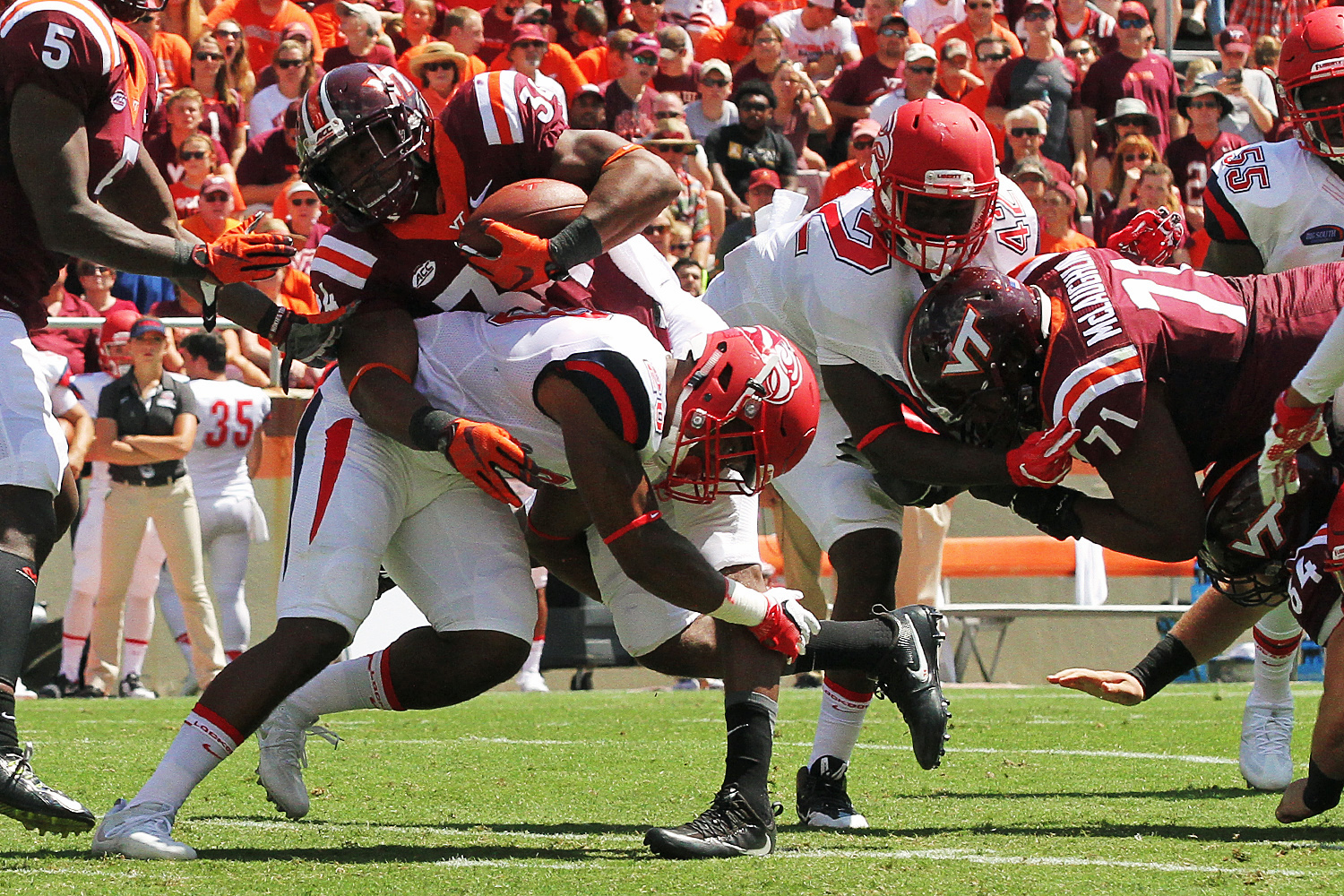 Running Game A Concern For Fuente

From what I’ve heard through the grapevine, Justin Fuente is extremely concerned about the running game.  Liberty had an extra defender in the box quite a bit, but Tech’s offensive line still struggled to get a push up front.  That’s exactly what I was hoping to not see.  And it wasn’t just the offensive line…the Hokies struggled to block on the perimeter on those jet sweeps as well.

Let’s just stick to the running backs for now, though.  Here are their numbers from Saturday…