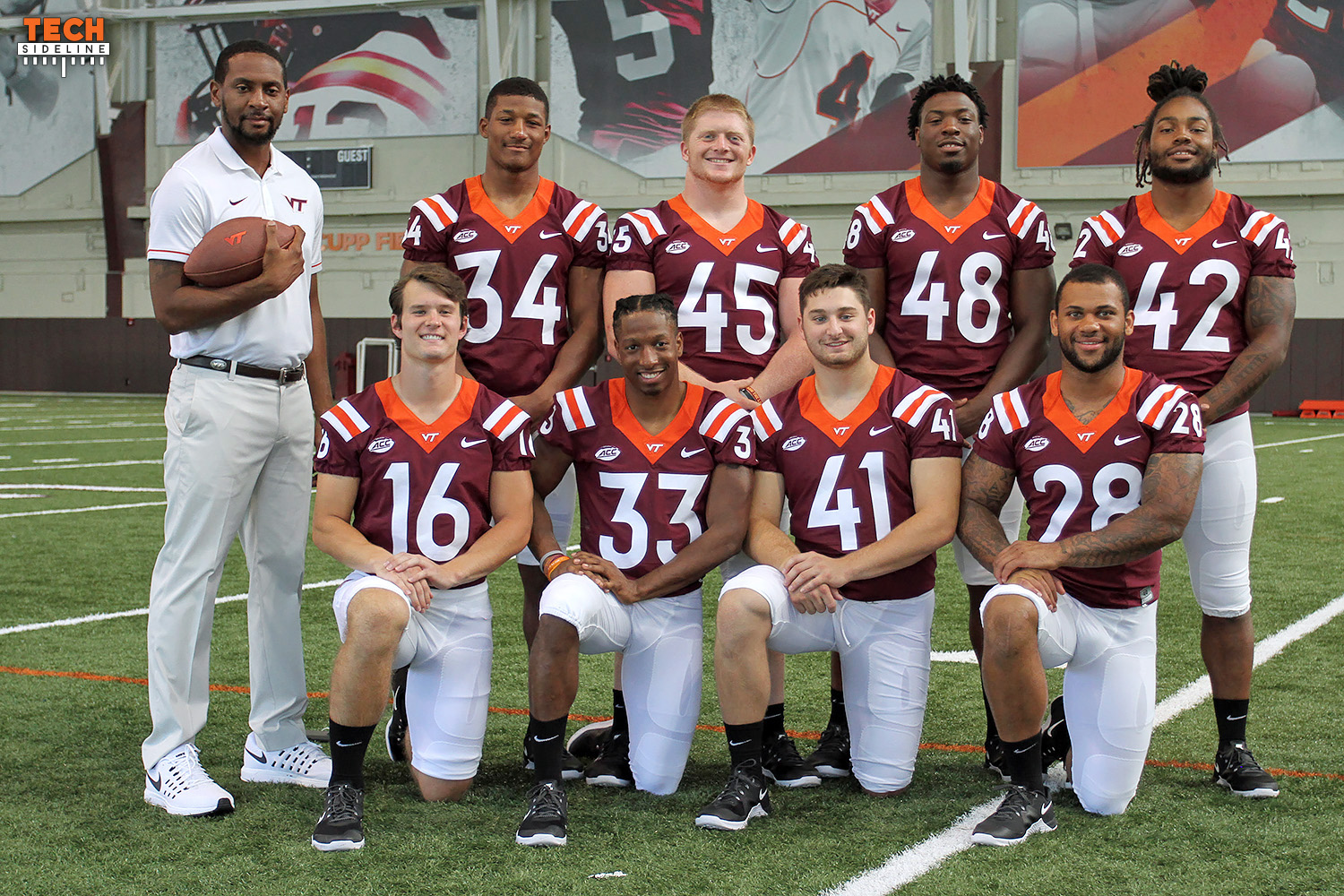 Virginia Tech did not put an effective running back on the field on a full-time basis until the sixth game of the 2015 season.  Once Travon McMillian was unleashed, he ended up running for 1,043 yards and seven touchdowns.

However, with a new coaching staff coming in and with a new running backs coach, that doesn’t guarantee that McMillian will be the workhorse again this season.  In fact, it’s more likely he isn’t.  He slowed down a bit last season after being used heavily against Duke, Boston College and Georgia Tech (28.7 carries per game on a 200-pound frame isn’t a good thing).  After running for 100-plus yards in those three games, he didn’t have another 100-yard-game for the rest of the season.

Judging from his interview on Sunday, McMillian seems to realize that he’s better off sharing the load.

“I’m just here to do my job,” McMillian said. “I don’t know how many carries I’m going to be getting. I’m hoping it ranges from about at least 15-20 touches a game, somewhere around there. That’s where I would want it to be, but that’s not my decision. That’s not in my control.”

15-20 touches sounds a lot more ideal for a guy his size in the modern era of college football.

There’s no question that McMillian will be one of the primary ball carriers for the Hokies this season.  But who will he be splitting carries with?