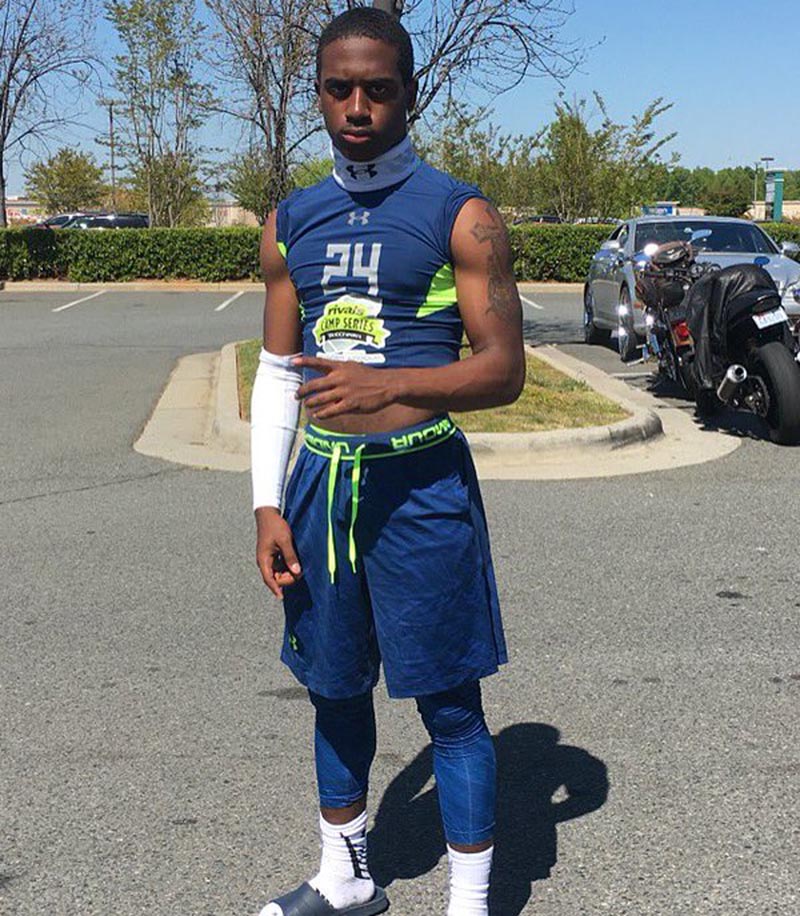 Tayvion Land’s commitment to Virginia Tech caught most people by surprise, but not Chris Scott.

“It’s always been a place that he really wanted to go. He grew up as a fan, ever since he started playing he wanted to play for Tech,” Scott said.

Scott, who’s now the head coach at Bishop Sullivan Catholic High School in Virginia Beach, VA, coached Land last season at Ocean Lakes High School. Even though Land’s nickname is “Tank”, the coaches and players have another name for him.

“When you play football and you coach it, especially with me being a defensive guy myself, you kind of come up with catchphrases to define certain players. One of the things we come up with for our guys who are on the field getting after it, that’s physical and plays with an attitude, controlled aggression, doesn’t back down to anybody, they’re dominant, and we just call them a dog,” Scott said.

Scott sees Land as an elite-level prospect for the Class of 2019 and it’s easy to see why. Land played in the 2014 Eastbay Youth All-American Bowl, and has been widely regarded as one of the top youth players in the country.

“He’s a guy that gets after it,” Scott said.