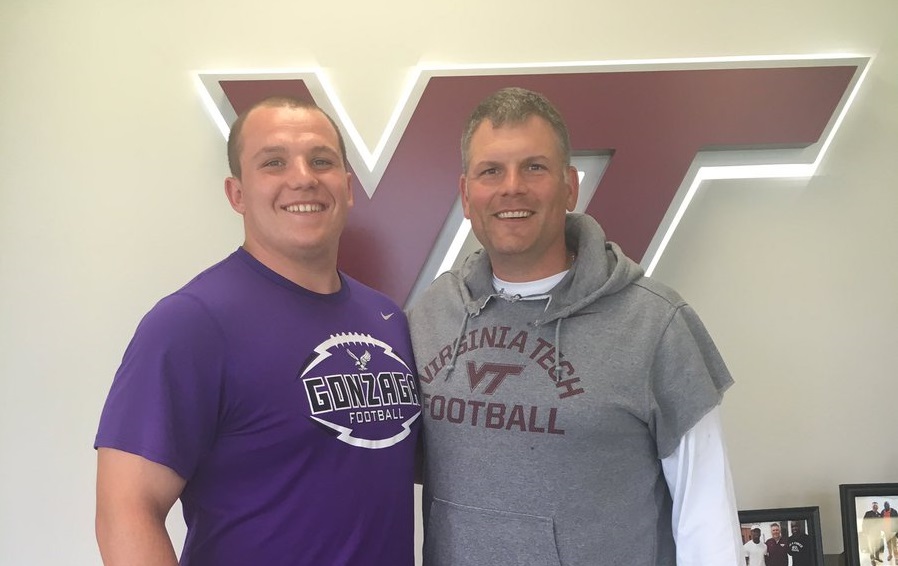 After a busy recruiting week for Virginia Tech, there are still big targets for the Hokies that have yet to commit, or even release a top five.

One of those is offensive lineman Johnny Jordan. Jordan, a 3-star prospect from Washington, D.C, says he prefers to keep his top schools to himself and those around him.

“I’ve kind of narrowed it down, but I’m not really ready to release anything yet,” Jordan said. “I probably just won’t release a top five, just to keep it between me, my family and my coach.”

Jordan says that Virginia Tech’s historical success is something he looks at when he’s evaluating the program.

“Obviously Tech has been really successful over the last couple decades, with Coach Beamer being there, and seeing the success Coach Fuente has had when he was the OC at TCU, and then at Memphis, and I think it’s going to translate well to Virginia Tech and I’m intrigued by that.”

Wide Receivers coach Holmon Wiggins and Offensive Line coach Vance Vice have been Jordan’s primary recruiters. Jordan says he talks to Head Coach Justin Fuente weekly, but talks to Wiggins and Vice much more often. The recruiting process takes up a lot of time for both coaches and players, and Jordan is no different.