Virginia Tech’s offense put up an unofficial 432 yards on 101 plays in Saturday’s Spring Game. That’s not a particularly good yards per play average, though given who was hurt (out for the game) and who the coaching staff chose not to use, things were actually a lot better than they seemed.

Those are Tech’s top four threats on the offensive side of the ball. Two of them didn’t play at all, Hodges wasn’t on the field very much, and McMillian only got three carries. The coaching staff chose to keep things vanilla, and to give a lot of work to the backups. That naturally limited offensive production while giving the backups an opportunity to sort out the depth chart.

Obviously nobody got to see very much practice during the spring, so there are only so many projections I can make. However, from reading the tea leaves and using my own eyes, here are my thoughts on each offensive position at the conclusion of Spring Practice. 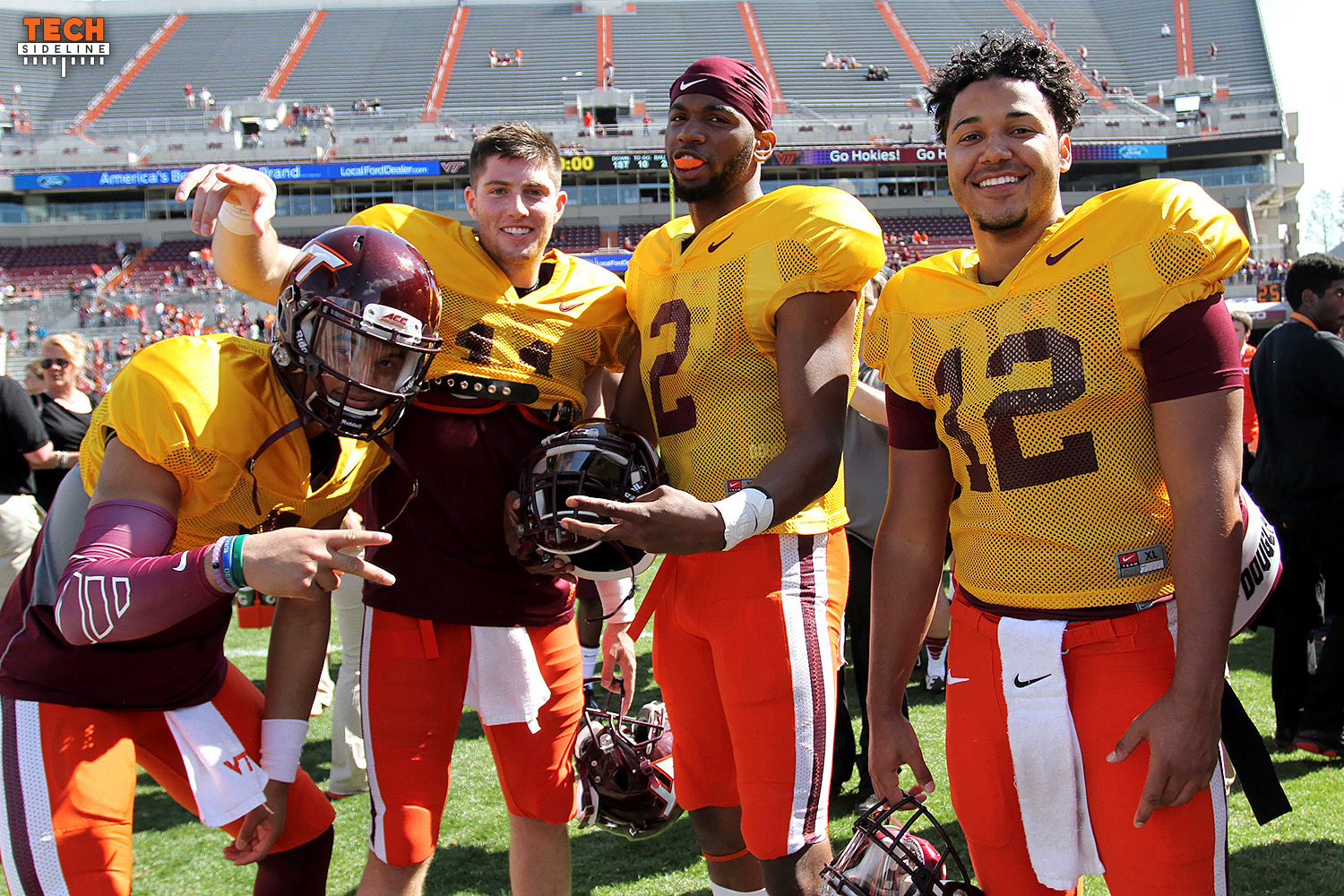