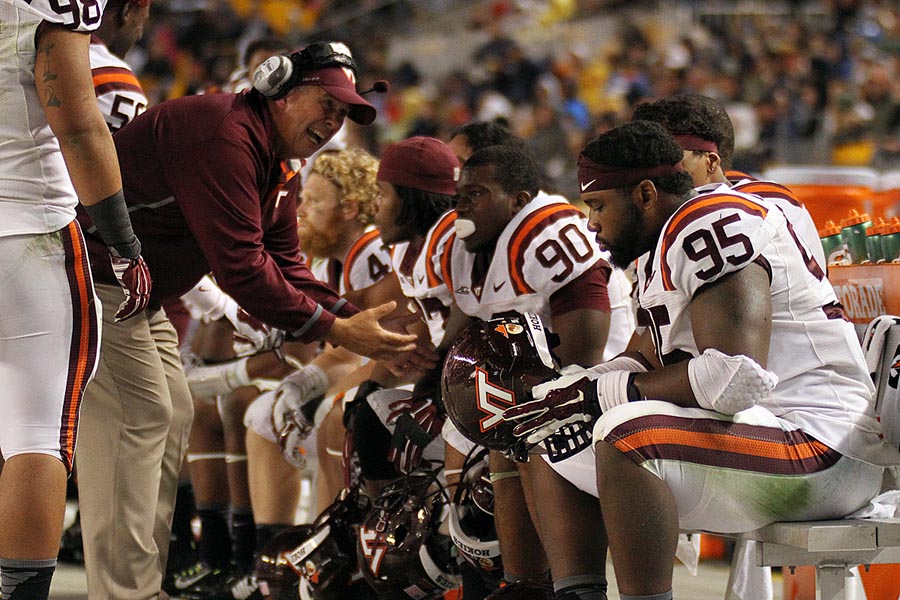 When you logged onto the internet today, you probably didn’t expect to see that the Hokies had received a commitment from a football player from the state of Colorado. But that’s exactly what happened this morning when Dalton Keene picked Tech.

Keene is an athlete who is projected to play the H-back position at Virginia Tech. He held scholarship offers from Nebraska, Colorado, Iowa State, Missouri and Syracuse. 247Sports goes as far as to rank him the #162 overall prospect in the country. I don’t know that I’d go that far, but he’s a very good fit for the position he’s being recruited to play in Tech’s offense.

Keene had an early connection to Virginia Tech because his father was close with Charley Wiles at Murray State. Still, Colorado is a long way away. He visited Nebraska for their Spring Game on Saturday, which was attended by 73,000 people. He had a good enough visit that three Nebraska “insiders” on the 247 network made crystal ball predictions that he would commit to the Cornhuskers. Two days later, he picked the Hokies.

Sometimes it’s easy to focus in on recruits that a particular school or coach does not land. Charley Wiles (unfairly) took some heat from the Tech fan base after Jalen Dalton committed to UNC, but the reality is that Wiles was going head-to-head with Larry Fedora, who was flying to Dalton’s games in a helicopter. Considering what he was up against, especially with the Frank Beamer retirement talks heating up around that time, Wiles did the best job that could possibly be done.

Today we’re going to focus on the guys that Wiles has landed in recent years. It’s an impressive list that you may or may not be aware of. He was the lead area recruiter for the following players…

With the exception of Eron Carter, Wiles (and the staff members who helped him) had to go head-to-head with multiple Power 5 conference programs for each of those recruits. Since 2014, I’d argue that he has been as good as any recruiter on the staff.

These days, recruiting is a group effort. One individual assistant coach is rarely solely responsible for the commitment of a prospect. However, the area recruiter is the guy who gets the school’s foot in the door and establishes the initial relationship. What’s impressive is that Wiles has been able to do it all out-of-state in North Carolina, Florida and now Colorado.

While it’s true that Wiles had a pre-existing relationship with Keene’s father, it’s also true that Colorado is on the other side of the country. It borders Nebraska, which was his other top school. Pre-existing relationship or not, it’s not easy to bring a Colorado kid to Blacksburg over Nebraska. That’s a nice job by Wiles, and of course Justin Fuente’s offense played a huge role as well.

Virginia Tech’s 2017 recruiting class ranks #23 overall in the 247 Composite rankings (which takes all recruiting services into account) and they rank #17 in 247’s own rankings. Here’s how that compares to years past…