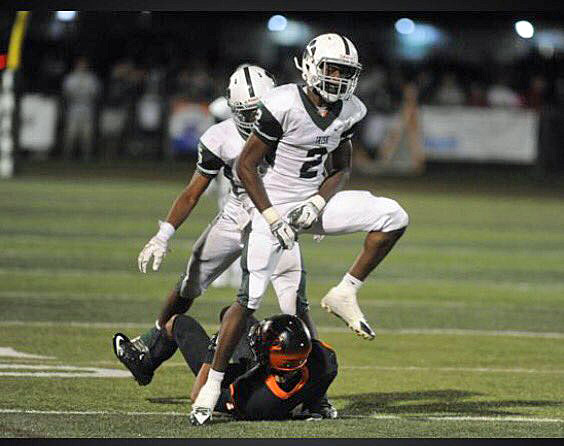 Virginia Tech had three early defensive back commits from Myles Wolfolk, Troy Pride and Kareem Felder for the 2016 recruiting class. However, Wolfolk eventually signed with UNC, while Felder went to Ohio State and Pride inked with Notre Dame. The Hokies were scrambling for some late additions in the defensive secondary, and Tyree Rodgers of Cherry Hill, NJ received a very late offer close to Signing Day.

Rodgers was previously committed to Old Dominion before picking up his offer from the Hokies. He also added a very late offer from in-state Rutgers, but he never seriously considered that program. Other than that, his offer list was small. NC State offered at some point, but the other schools involved were Army, Kent State, Liberty, Monmouth, NC Central and Temple.

Rodgers has a nice (albeit short) highlight tape, though at least half of the plays feature him at the quarterback position. Because of the lack of tape, there’s no way anybody can do an accurate scouting report on him. I’ll note a couple of positives, though:

Size for a corner: If Rodgers does play cornerback for the Hokies, he’ll have good size for the position. I could see him playing at around 6-1, 200.

Hips: I think he has good enough hips to play cornerback in college, though it’s really hard to tell. Watching his rushing plays as a quarterback and trying to project how well he could perform as a cornerback isn’t easy.

There are a lot more question marks than there are positives. Can Rodgers play man coverage? That remains