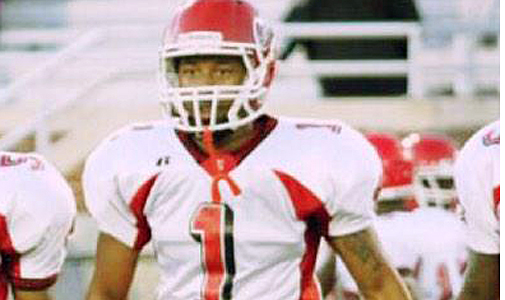 JoVonn Quillen Jr. committed to Virginia Tech way back on February 26, 2015.  That’s nearly a year before he actually signed with the Hokies.  He was an unknown quarterback from Hampton High School who was recruited as an athlete.

Quillen didn’t have any other Power 5 scholarship offers at the time, and if the Rivals database is to be believed, he never received any.  The closest he got is from UMass, who just became an FBS program two years ago.  Schools weren’t sold on his quarterbacking ability, he was a very early commit to Virginia Tech, and his Hudl highlight tape featured exactly zero plays of him lining up in the secondary.

Quillen’s senior film finally focused on him playing defensive back, but by then it was too late.  Teams had already filled up, and besides, he wanted to play for the Hokies the entire time.  He was never going to any other school.

Strength: As a quarterback, Quillen is tough to tackle because he appears to have very good lower body strength.  That should translate to the college level after he spends some time with Ben Hilgart in the weight room.

Size and frame: Quillen is a big guy, and looks like he’ll play at a little over 200 pounds at the college level.  He could potentially be a big corner, or stay at safety, depending on how his quickness develops.

Run support: Quillen appears to be active in run support.  His size should allow him to be effective in that area of the game at