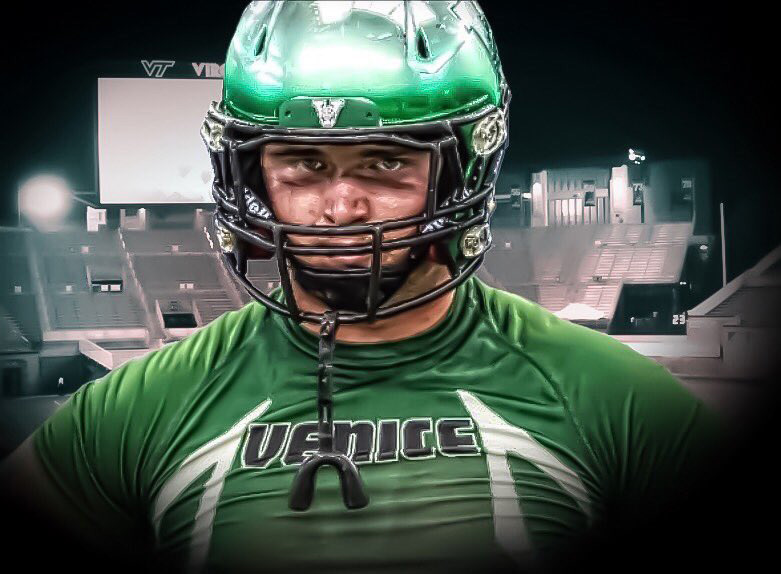 Here’s a quote from ESPN’s scouting report on Jarrod Hewitt:

“Player that displays a lunch pail demeanor and strong motor.”

That sentence might as well read “He’s a perfect fit at defensive tackle in Virginia Tech’s scheme.”

Hewitt is a Florida recruit who committed to Rutgers last June. Like so many others who have committed to Rutgers over the past couple of years, he eventually decided that playing football at that school was a bad idea. Virginia Tech kept recruiting him, and he eventually decommitted from Rutgers in September. The Hokies were considered the favorite throughout the fall, even after Frank Beamer announced his retirement. He eventually made it official on January 31, though by that point it was no big secret.

Hewitt couldn’t have made a better choice. He’s exactly what Charley Wiles and Bud Foster are looking for at defensive tackle. Most schools look for guys who are a little wider, and thus Hewitt’s offer list isn’t huge. But for Virginia Tech, he’s an excellent pickup. Let’s take a closer look…

Hands: The great defensive linemen don’t just rely on size and quickness. They use their hands very well to get off blocks. Hewitt displays that ability on film. He shows the ability to beat offensive linemen with a swim move, and can also violently knock down the hands of offensive players to