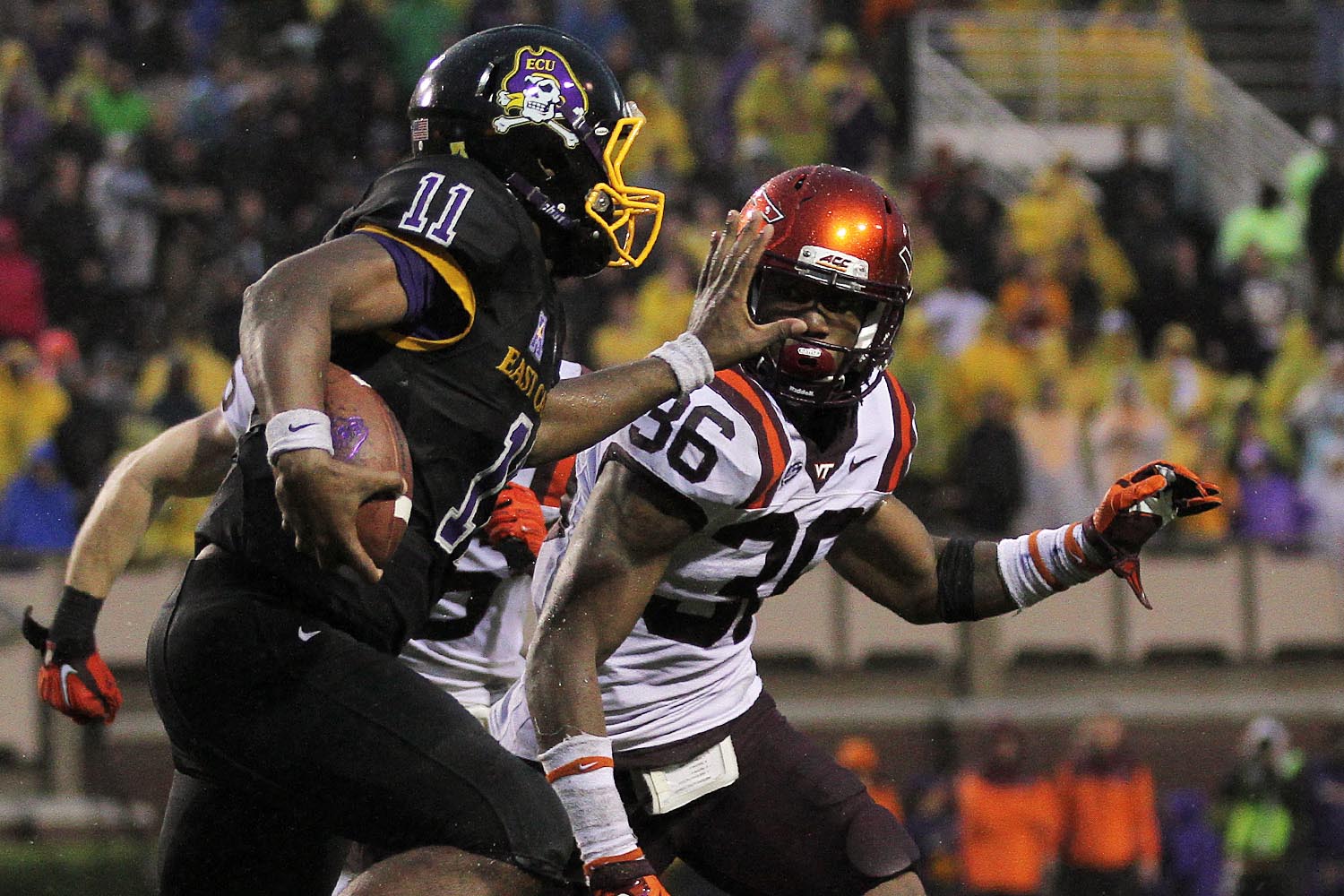 There wasn’t much scheme stuff to talk about in this latest bit of frustration versus ECU, so I thought I’d have a little conversation with myself.

Were our problems as simple as they looked?

Also, no. The kind of sideline breakdown that allowed for Stroman to stay in there well after it was obvious the guy was in over his head is pretty serious. Especially given what happened against ECU last year. Maybe Stroman was lights-out in practice and Coach Gray wanted to give him the chance to turn things around. That’s a fine sentiment, but not a smart one. Bill Parcells used to talk about coaches who lost jobs because they kept hoping for their projected stars to live up to their potential; maybe Stroman has that potential, but if it’s not showing, he needs to be on the sideline. And maybe that potential problem is what’s happening with the running backs…or maybe not.

Most of the time when a team doesn’t make an in-game adjustment that’s obvious to the fans, it’s because they know something we don’t. I’m not feeling like that’s the case these days.

How do we protect Stroman/Reynolds/Riley against spread formations?

None of these guys are lock-down types, and with Fuller hurting, it’s likely we’ll see a lot of at least one of them on the field for the foreseeable future, either every down against spread teams, or in passing situations against pounders. Teams will probably look to isolate